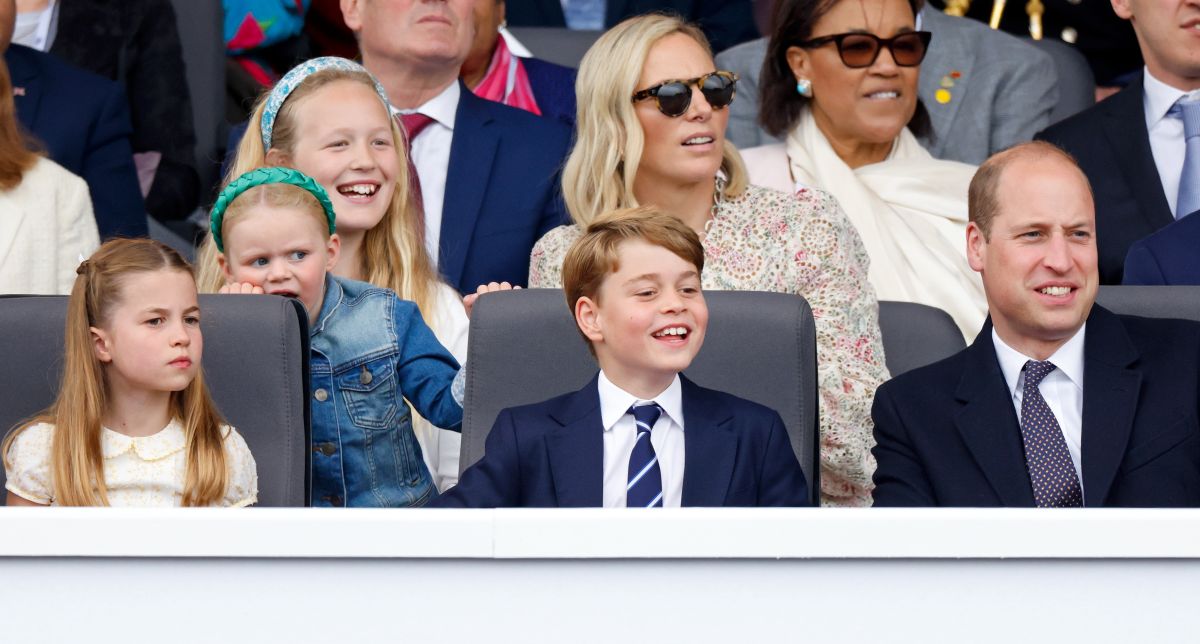 
Prince William calling Princess Charlotte ‘darling’ in a rare video of the Cambridges is an insanely sweet father daughter moment.

Prince William and Kate Middleton visited Cardiff in Wales with Prince George and Princess Charlotte with them as part of the Queen’s Platinum Jubilee weekend last month.

Making a rare appearance at an official engagement, young George and Charlotte met with hundreds of onlookers who came to greet the Cambridges.

In a sweet video shared on TikTok, Princess Charlotte can be seen being given a bouquet of flowers by a little girl called Emilia.

And Prince William’s words to his daughter during the clip prove they have the loveliest bond.

In the upload, shared by princeipgeorge_fas on TikTok, future monarch, Prince William, can be seen introducing his children to little fan Emilia.

“Hi Emilia, this is George and this is Charlotte,” he says, adding, “Who are those flowers for? Catherine? Or do you want to give them to Charlotte?”

As Emilia hands seven-year-old Charlotte the bouquet of tulips, William says, ‘Aw there you go Charlotte. What do you say, darling?”

Prince William previously opened up about his daughter’s confident nature, revealing that she had the most hilarious reaction after celebrating her sixth birthday.

During an official engagement in 2021, William said that Charlotte had been saying, “I’m six now. I can do what I want.”