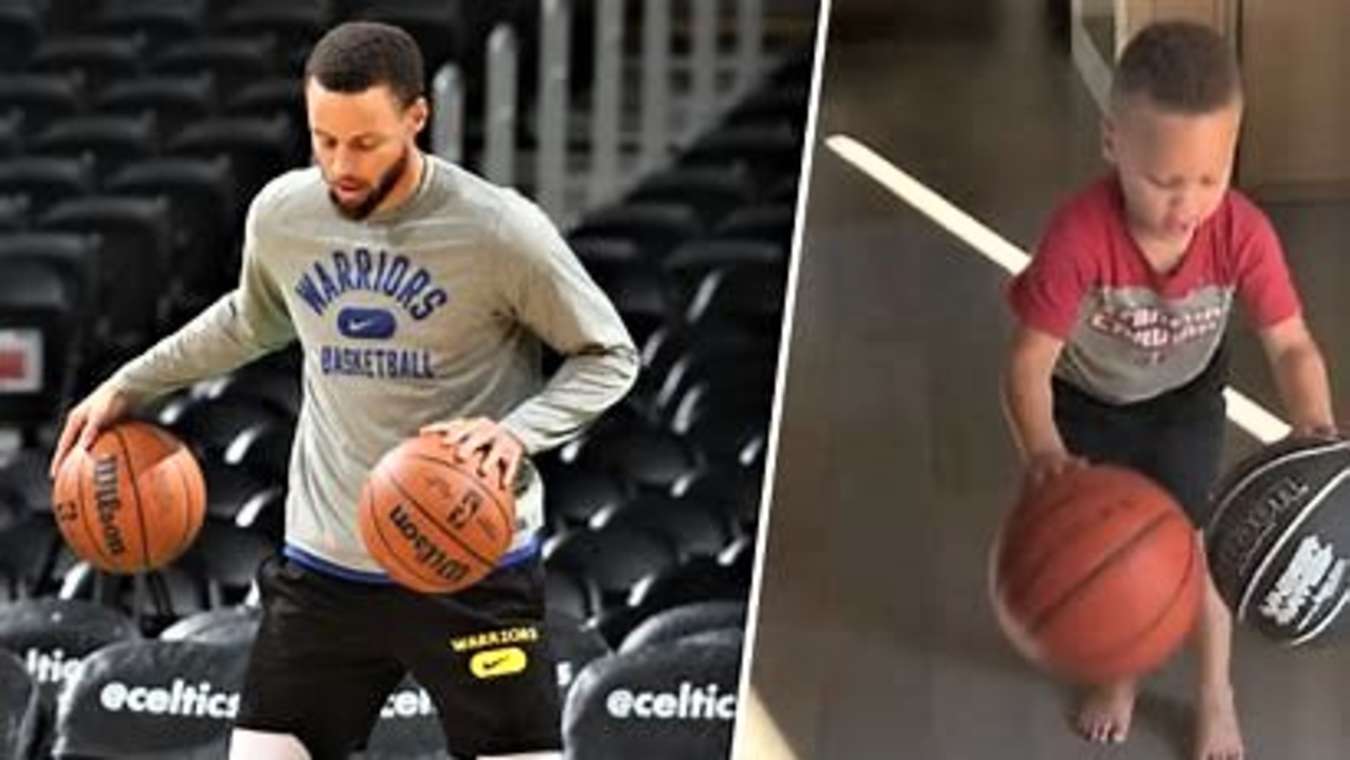 
SAN FRANCISCO – (Sports Satire) – The Golden State Warriors are the new NBA champs and the owners and executives of the club are not wasting any time as they are already looking to the future.

One of the team’s owners and chief executives Joseph Steven Lacob, met with Stephen Curry and his wife Ayesha, at San Francisco’s Enchanted Enchilada Restaurant.

Lacob told the Curry’s that he had seen videos of their three-year-old son, Caron, shooting baskets in the backyard of the couple’s $31.7 million mansion in Montecito, where rich celebrities like Oprah Winfrey, Ellen DeGeneres, Prince Harry and Meghan Markle, and Black Kitty Meow Meow live.

The video was shot by Ayesha and it showed little Canon making basket after basket from the 30-foot, 3-point range.

Lacob said that the little bitty fella made 27, 3-pointers in a row.

SIDENOTE: Steven Lacob told the Currys that he wants to sign little Canon, who has a cannon for an arm, to a 10-year, billion dollar contract starting when Canon turns 18, in 2037.