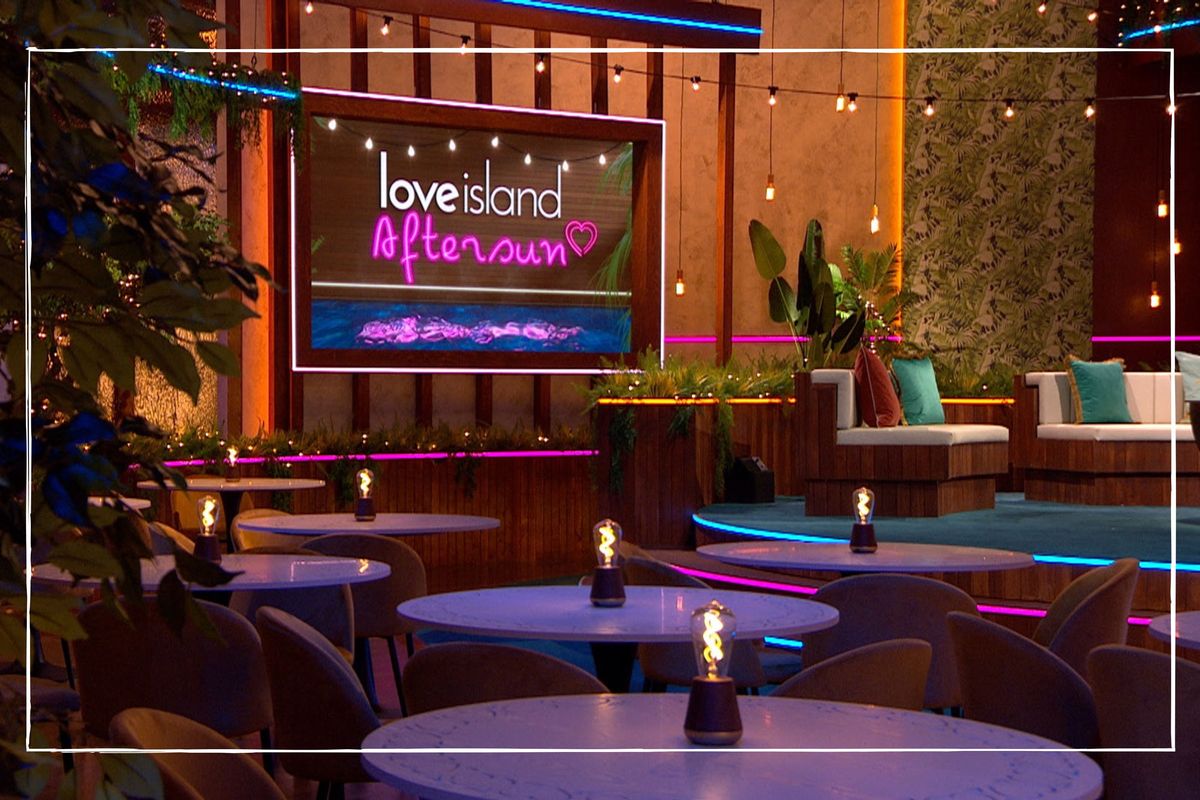 Host Laura Whitmore also fronts the spin-off show, Aftersun, which has returned on Sunday nights after the main show. But many are  with the villa being located in Majorca, where is Love Island Aftersun filmed? Here’s everything you need to know.

While the main show is set in Majorca, Love Island Aftersun is actually filmed at BT Studios in Stratford, East London. This means that host Laura has a hefty commute, splitting her time between Majorca for the live Love Island shows and London for Aftersun on a weekly basis.

Speaking about her decision to host the spin-off when she joined the Love Island team in 2020, after speculation that her husband Iain Stirling would be stepping in, she said: “Aftersun is filmed in London and we need Iain here to do the voiceover every single day so I said I’ll take one for the team and host Aftersun.”

She added: “It’s a little bit further than Majorca. Luckily there’s not much of a time difference so jet lag shouldn’t be a problem. I will get some air miles but I’ll plant some trees to offset my carbon footprint.”

After fans questioned why she flies back and forth, Laura hit back with the simple facts: “The Villa is Mallorca and Aftersun is London. This is the situation for any host, always has been. If I could stay in Mallorca I would. But at the moment, flying me back is MORE EFFICIENT than bringing out new guests and audience every week. I have it in my contract to offset carbon emissions.”

Yes, Aftersun is filmed live with a live audience. It airs live every Sunday at 10pm for an hour and five minutes, straight after the main show. The show consists of interviews with dumped Islanders, friends and family members and also features celebrity guests.

Opening up about how “nerve-wracking” live TV can be after asking dumped Islander Remi to rap, host Laura Whitmore said: “Remi is a rapper and asked in good faith in advance if he’d rap and prepare something which he did. Live telly is nerve wrecking, believe me, so maybe he was a bit nervous but he deserved to have his time.”

Laura admitted in a previous interview: “I love anything that’s live because of the buzz. Although I still get scared.”

Most of the main show is not live and usually features action from the day before.  However, the Love Island grand final is live from the villa – also hosted by Laura.

Can you get tickets for Love Island Aftersun?

Yes, you can get tickets to be in the Aftersun audience in London. You can apply for tickets via the Applause Store – simply visit their site, choose the date you’re interested in going along and fill in the online form.

Applying doesn’t guarantee that you’ll get a space. But if you do, you’ll get an email confirming tickets 48 hours before the show goes live. This means you’re likely to find out on the Friday if you’ve managed to get tickets to the show on Sunday.

Audience tickets are free, but you must be aged 18 or over to apply and you must be able to make your way to London.

Love Island 2022 relocated to a new villa in the town of Sant Llorenc des Cardassar, which is just under one hour’s drive away from capital city Palma to the west. The previous villa was located in a more remote setting, approximately 30 minutes from the popular resort of Cala d’Or.

The reason for the move was that the previous villa – which has been used for the show since 2017 – was rented by producers and was unavailable this year.

ITV’s managing director of media and entertainment, Kevin Lygo, said ahead of this year’s series: “We didn’t own [the last villa], we rented it, and we are choosing a new house for this summer so that is all secrecy. It is going to be marvellous.”

A source revealed in January that ITV wanted to stay in Majorca because it “provided the perfect sunny backdrop for the show.”