6 Reasons Why Ryan Reynolds Is the Antichrist from Revelations 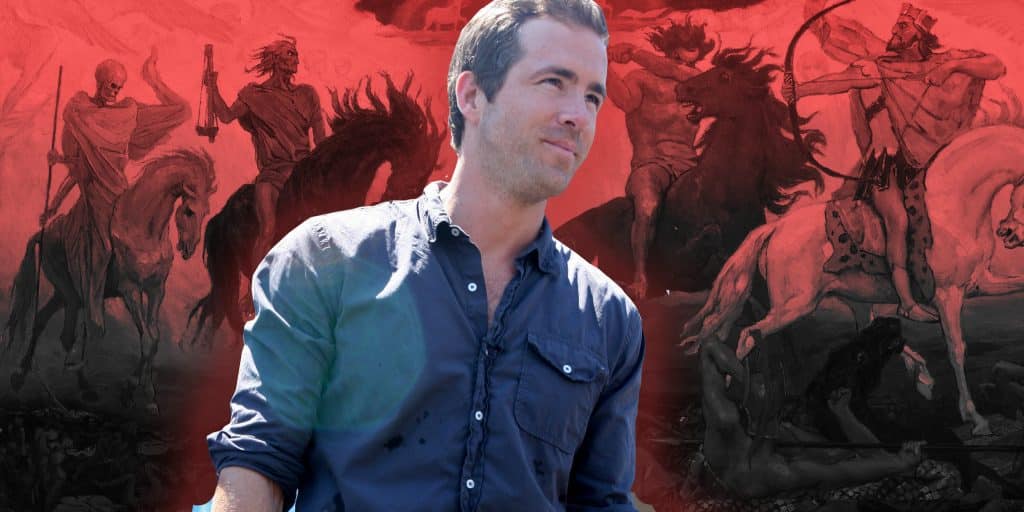 1. “The beast I saw resembled a leopard, but had feet like those of a bear and a mouth like that of a lion.” (Revelation 13:2)

This is an obvious reference to Ryan Reynolds’ dashing good looks. I’m not sure about you, but a leopard with bear feet and a lion’s mouth sounds fucking awesome (and devilishly attractive).

2. “One of the heads of the beast seemed to have had a fatal wound, but the fatal wound had been healed. The whole world was filled with wonder and followed the beast.” (Revelation 13:3)

Who do you know that isn’t in awe and oddly fascinated by Ryan Reynolds? I, for one, would gladly walk into Hell, backwards, following Ryan’s lead.

The “fatal wound” is in reference to Green Lantern (2011) for obvious reasons.

3. “The beast was given a mouth to utter proud words and blasphemies and to exercise its authority”(Revelation 13:5)

This is a reference to Ryan’s brilliant tweets that seem to pour just so naturally from his mind. A true literary genius and bold in his blasphemous comedy.

4. “Then I saw a second beast, coming out of the earth. It had two horns like a lamb, but it spoke like a dragon. It exercised all the authority of the first beast on its behalf, and made the earth and its inhabitants worship the first beast, whose fatal wound had been healed.” (Revelation 13:11-12)

This is in reference to Hugh Jackman. Of course, they were “feuding” online, but this brought so much attention to Ryan and made Aviation Gin sales skyrocket. Besides: where would Hugh Jackman be without Ryan Reynolds?

5. “And it performed great signs, even causing fire to come down from heaven to the earth in full view of the people.”(Revelation 13:13)

This is a metaphor for all of the non-profit organizations headed by Ryan Reynolds. Run For Anything putting younger people into political offices and The Group Effort Initiative helping grow diversity in the production industry? Sounds like the positive hellfire we need to rain down on today’s society.

Well, I consider myself a pretty insightful person, so let’s give it a shot:

I rest my case.

10 Existential Crises and the Essential Oils to Cure Them

What I Thought My First Year of Teaching High School Would Be Like vs. What It Was Actually Like

10 Best Places to Ugly Cry About Your Shitty Life