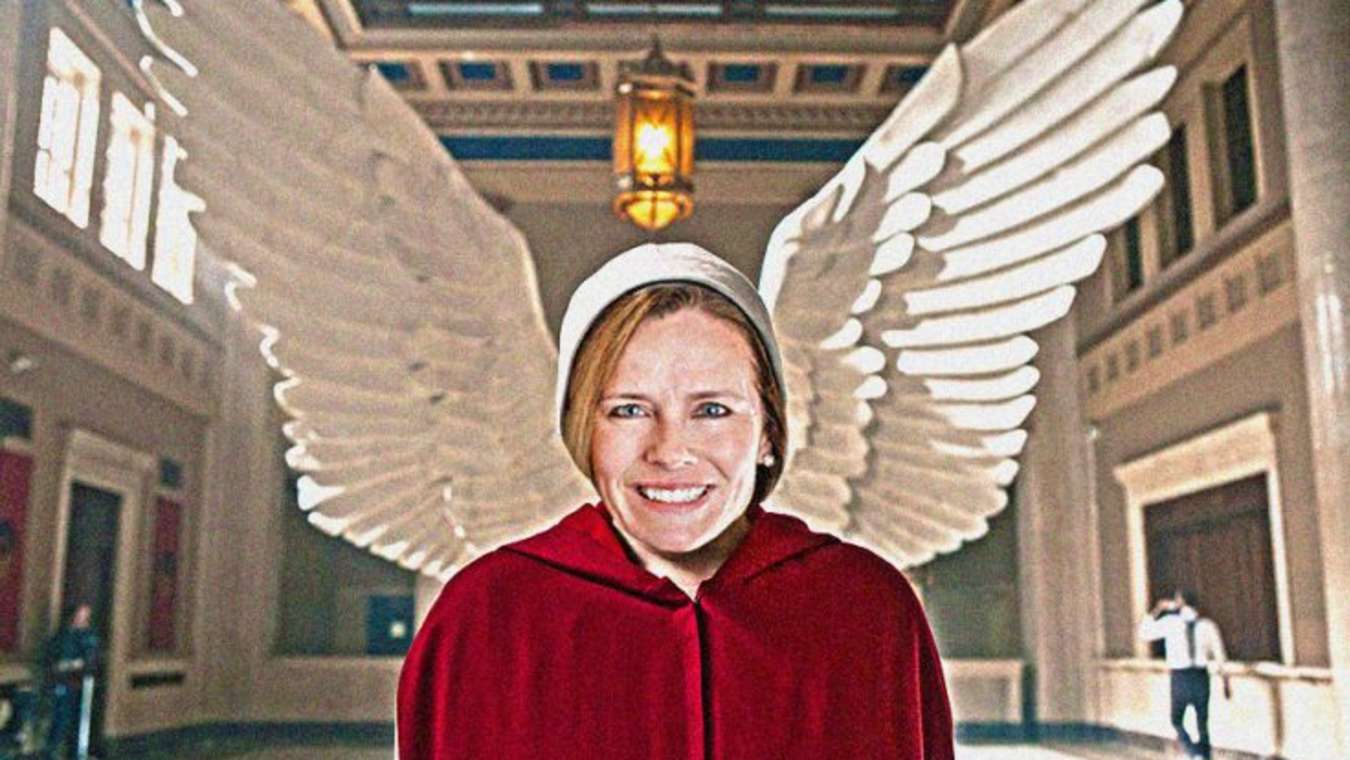 
Now that Amy Coney Barrett has fulfilled her religious cult’s mandate – to get her positioned in America’s highest court in order to turn the nation into a true theocracy where unbelievers can be burned at the stake once again (just like in America’s heyday, before it was even called the USA), the Supreme Court judge can now return to her duties as a religious whore.

She has several ‘dates’ lined up with church elders (men from the age of 70 and up, the oldest being 101), where she will lie back on a stone slab, have her robe lifted up and legs spread apart by her “Father” who will then put his Viagra dick into her “vessel”.

All of her babies will be “chosen”. This reporter asked a cult member what that meant, and in a roundabout way, the member said that if the baby is not white or if it has some form of defect (whatever that means), they will be sold to a pagan family (which means anyone not Christian, or Amy’s kind of cult Christian), and the proceeds used to induct more women who have no will of their own. They make the best cult members.

When asked about the judge’s inability to choose things for herself, the same cult member said, “That’s God’s way. Women make babies. Men make laws. But we realized that since Christianity has been losing its hold over America – especially during the 20th Century with all those Civil Rights and Women’s Rights and Rights for Gay People – then we had to take drastic measures and force one of our women out of the kitchen and baby-making factory, and into law. Amy will do well in turning back America’s clock.”