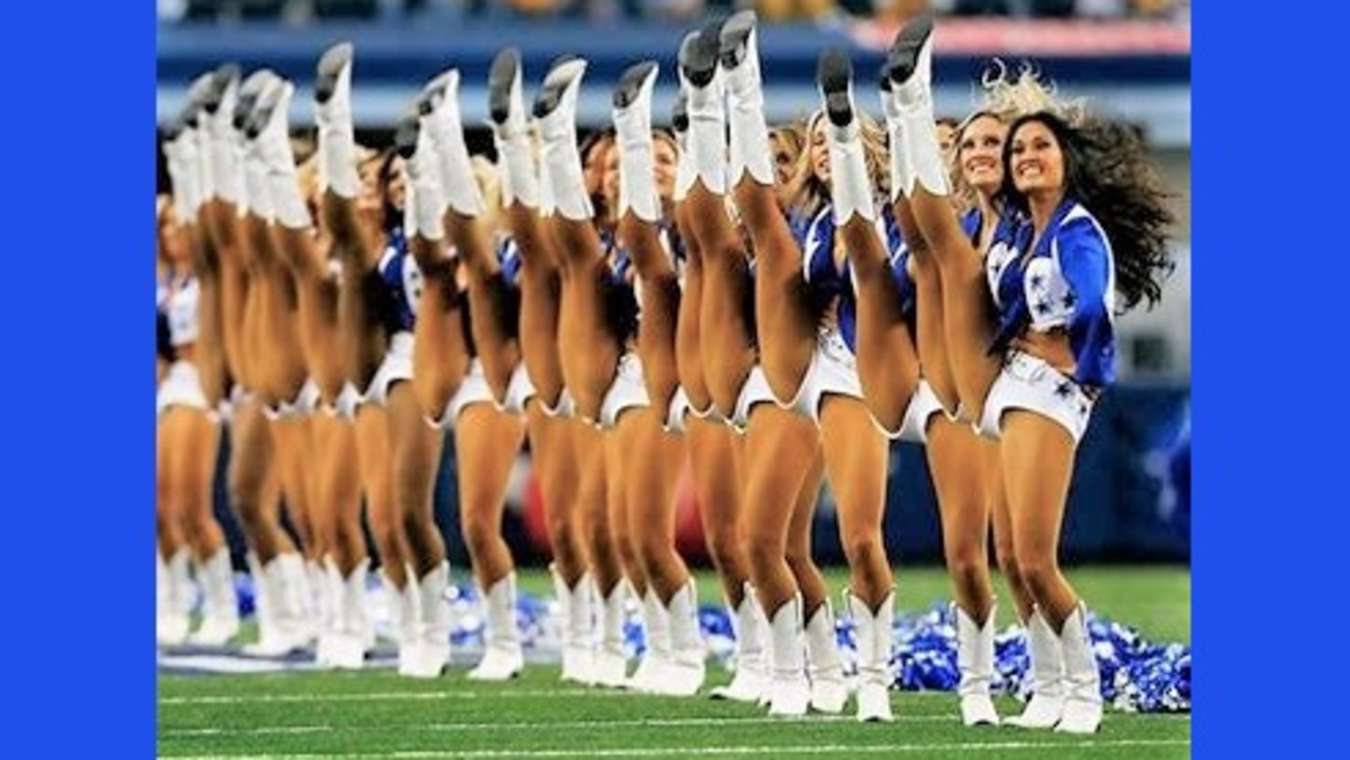 Chas, as the Duchess of York (Sarah Ferguson) prefers to call him, noted that he just enjoys seeing grown men, as tall as 6-foot-8-inches,and weighing upwards of 350 pounds literally knock the begeebers out of each other.

The Prince of Wales giggled a bit and added that eyeing the hot, erotically sexy Dallas Cowboy cheerleaders certainly puts a big royal smile on his face.

He then added that for years he has been suggesting to the owners of Man U, to add cheerleaders who look just like the Cowboy cheerleaders.

SIDENOTE: Charles recently told a reporter for London’s Ta Ta For Now News that adding sensuously gorgeous birds (chicks) to the team will greatly increase attendance at the games by at least 29%.