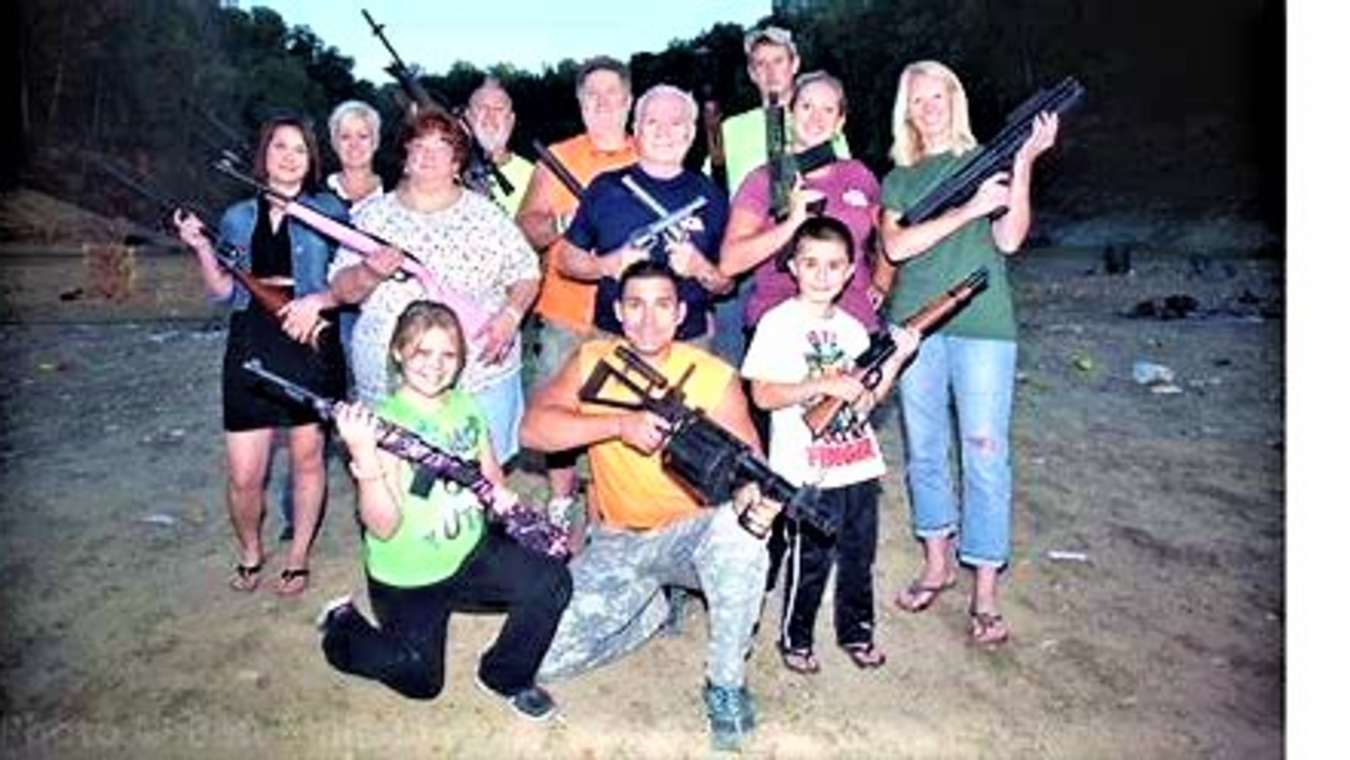 And as usual, Grandpa Burl, had a little bit too much Pabst Blue Ribbon Beer, and ended up shooting a total of 13 bullet holes in his nephew Curly’s 1999 MAGA red-colored Kia Sorento.

Burl’s wife Emma Emily, went up to her drunk-as-a-skunk husband, and hauled off and kicked him (with her size 11 Nikes), smack-dab in his testicles (balls).

Grandpa Burl fell to the dirt, screaming like a crazed banshee woman. The family floozie, Nora Jean, proceeded to give him mouth-to-mouth, even though Grandpa Burl did not lose consciousness, and was actually chewing on some Skoal Chewing Tabacco at the time.

Nona Jean’s unemployed McDonald’s fry cook husband, Curtis Clem went up to Nora Jean, grabbed her off of Grandpa Burl, and told her to get her Daisy Duke short shorts-wearing sexy-looking ass in their ’59 Ford pickup. before he beat her ass like a fucking bass drum.

Then Cousin Collette Mae, who got an ugly case of the hives, from eating too much fucking cornbread Jello, took her shotgun and fired one of the barrels into the outhouse, that Uncle Leroy Earl had brought from his backyard, which sits behind his 1964 General Stonewall Jackson Commemorative Trailer House.

Luckily for Cousin Collette Mae, no one was in the outhouse at the time.

By then the Dixieland sun had set, and just about every family member, except for the youngun’s was plastered out of their friggin’ gourd. They then all bid each other a “Goodnight” (Like the Waltons used to do at the end of their TV show).