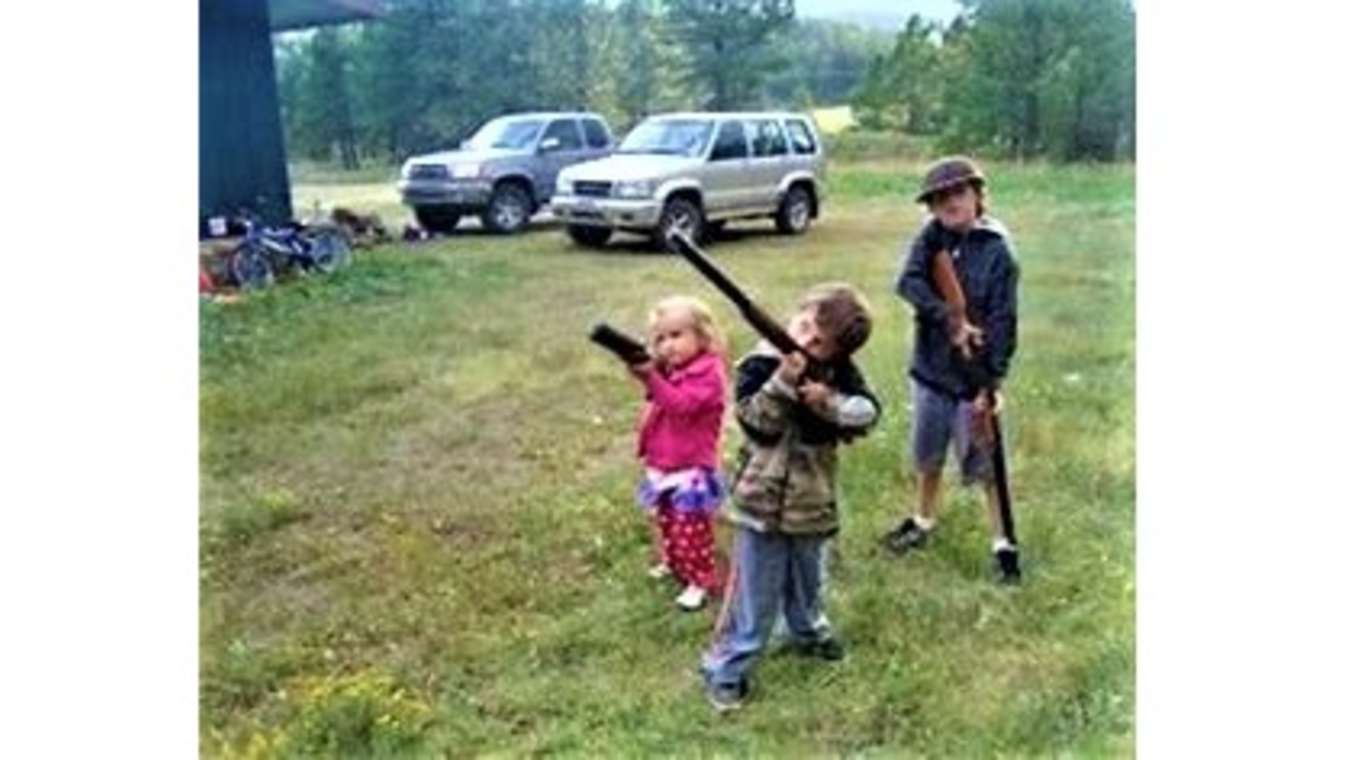 
BEAVER BELLY, Mississippi – (Satire News) – There is no group anywhere in the United States who allows kids as young as four-years-old to be be members; not the Optimist club, or the Kiwanis club, or the Knights of Columbus or even the Ku Klux Klan.

[PUBLISHER’S NOTE: The Chicago Daily Wind newspaper did recently report that there is a KKK chapter down in Alabama, where some of the members of the KKK are as young as six-years-old.]

But, as Elon Musk has said several times, the NRA is most assuredly one damn fucking horse of a different color.

Fox News has revealed that the NRA has at least 2,190 members, who are as young as four, in their national member data base.

In fact, the grandmother of one little four-year-old girl (Kitty Bucktree) from Watermelon Seed, South Carolina, boasts that little Kitty can hit the red bull’s eye of a target at 95 yards; while blindfolded.

Kitty, and two of her cousins, Jody Lamp, and Kudrow Boatbolt, were recently photographed shooting woodpeckers, who were pecking the trunk of a sassafras tree in the neighbor’s yard.

SIDENOTE: Jody’s step-mom, Lucy Lamp, 41, stated that the little three NRAers did empty their weapons, but not one woodpecker (or any other bird or critter) was harmed in any way, shape, or form.