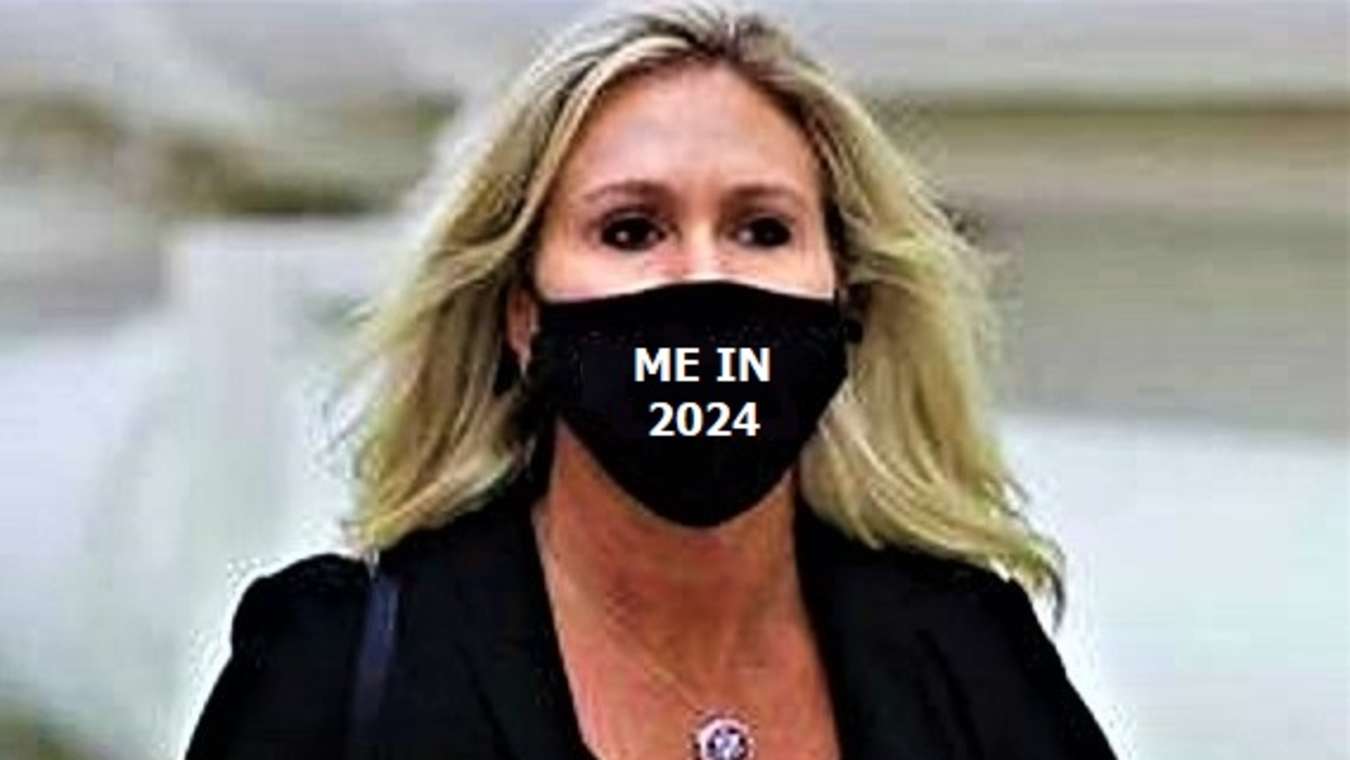 The vulgar, potty-mouthed MTG, told a reporter with The Ipso Facto News Agency that after giving it lots and lots of thought, she has decided that she is going to be throwing her bra and panties into the 2024 GOP political presidential race.

She noted that with her hot, sexy looks and Sports Illustrated Swimsuit Issue body, she is certainly the best choice to run against the Democrats in 2024.

Marjorie met with IFNA writer Sinclair Petaluma, at The Intoxicated Iguana Lounge in downtown Baltimore, and the two had several Avocado Margaritas along with a plate of Brisket Macho Nachos.

Taylor Greene, who was dressed in a tight-fitting pair of Daisy Duke short shorts asked Sin, how she looked. He told her to stand up; which she did. He told her to do a little spin; which she did, and then he told her that, in his opinion, she has one of the sexiest, most desirable asses in all of politics; including Sen. Lindsay Graham.

“What?” Taylor Greene yelled out.

Petaluma was laughing his ass off as he assured her that he was just kidding.

Marjorie was then asked if she had consulted with her main love interest, Donald Trump.

“And what did he have to say?” Petaluma asked.

Marjorie told him that she cannot repeat the fucking gobs of four-letter word expletives that old “Cheddar Face” uttered.

MTG then ordered two more Avocado Margaritas and said that she did not give a damn rat’s ass what the old “Grab ’em By The Pussy” thinks.