Ron DeSantis jumps on the “I Hate Trump” bandwagon 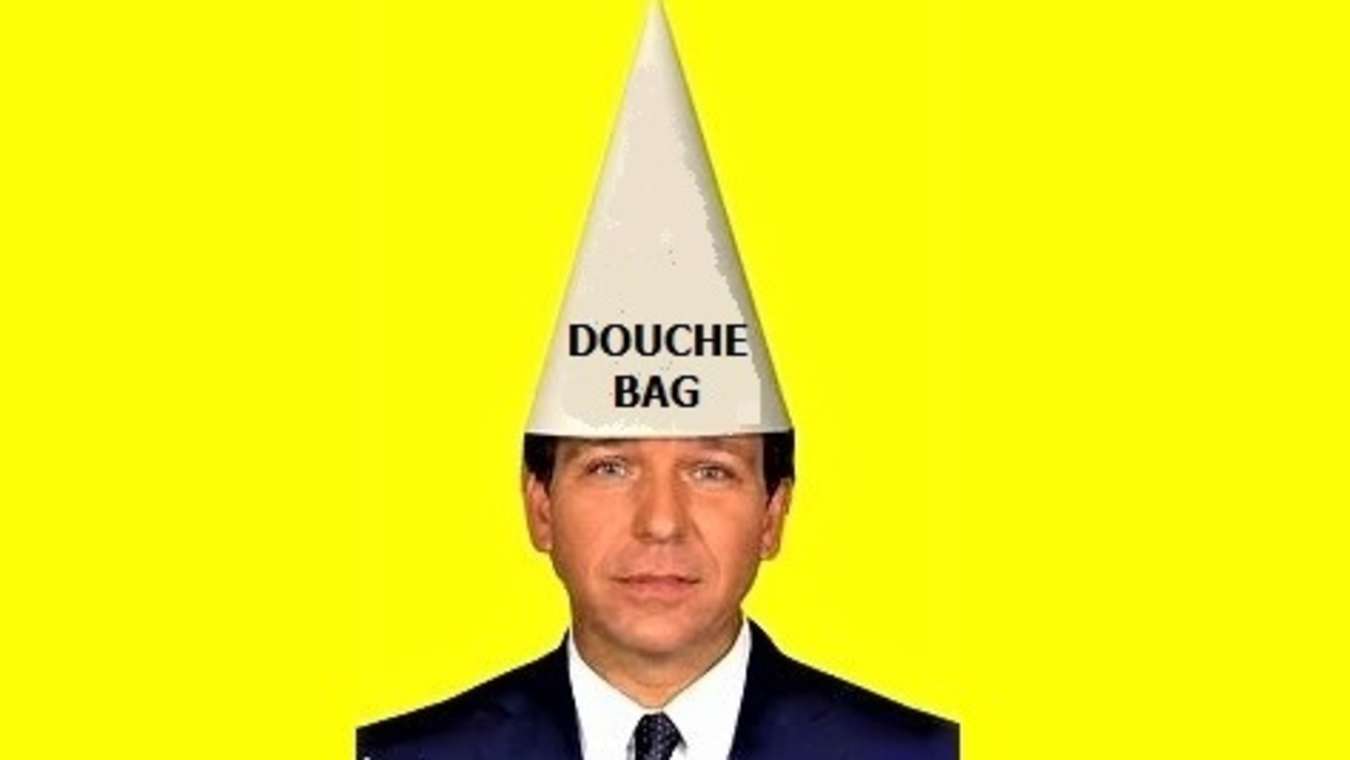 
TALLAHASSEE, Florida – (Satire News) – According to the Miami Globe-Gazette, Gov. Ron “Dump Trump” DeSantis is posturing himself to be the leading Republican to be at the top of the GOP ticket in the next presidential election.

DeSantis, is hated by lots of Republicans, who reside outside The Plywood State, but all of the anti-Trumpers are starting to hang their hopes on the man, who is basically full of shit, but not as full of shit as the Trumptard.

One long time GOPette, who is 87, Maxine Futt, said that DeSantis ain’t all that, but in her opinion, he is 72 times better than old “Nazi Britches” (Trump).

The DeSantis campaign has just printed up 20,000 “Dump Trump” bumper stickers and they plan to print up over 745,900 in the coming weeks.

Meanwhile, Don The Con has said that he does not know Ron DeSantis and has no idea if he’s white, black, or red.