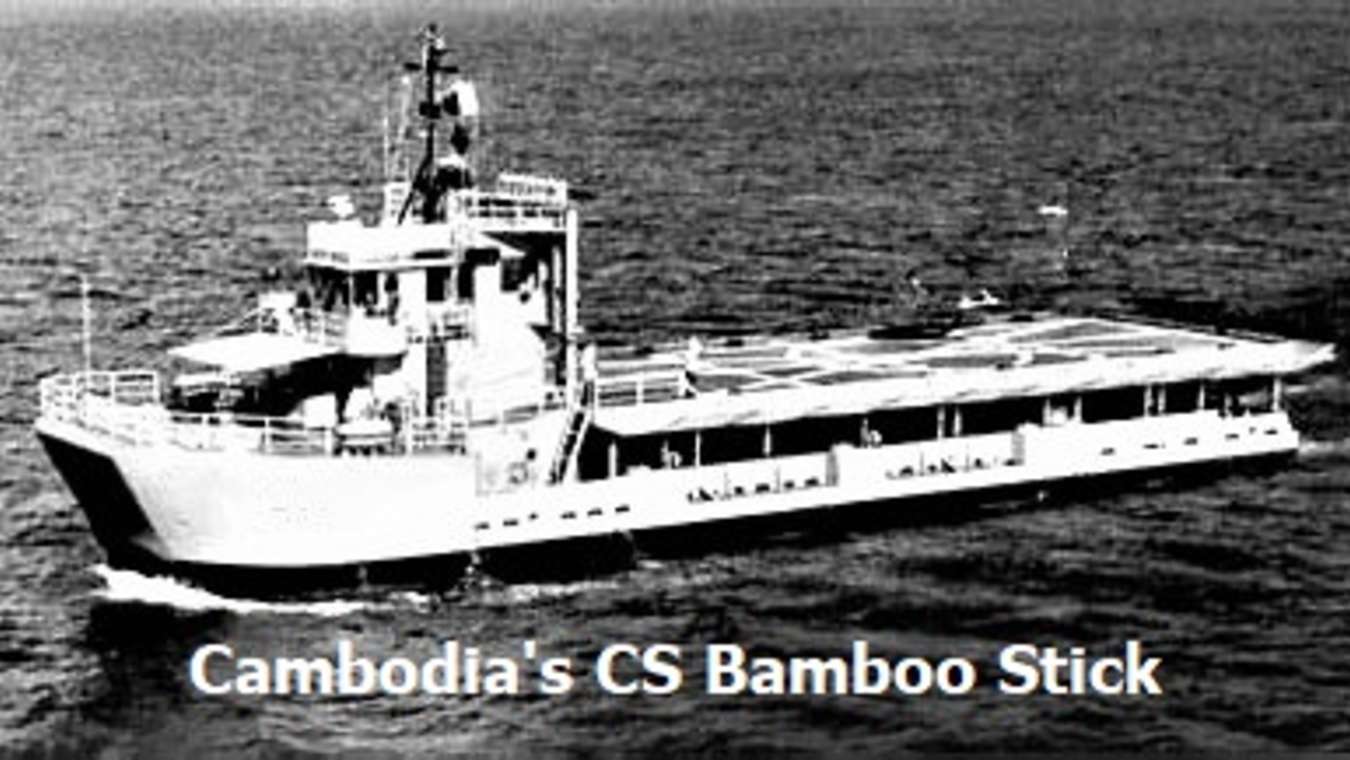 
SOMEWHERE ON THE BLACK SEA – (Satire News) – The pride and joy of the Cambodian navy, the aircraft carrier, The Bamboo Stick, was nearly sunk after it was severely rammed by a school of five huge sperm whales while on the Black Sea.

A spokesperson for the Ukraine’s news agency, Ukraine Today, stated that that an average adult sperm whale can weigh as much as 81.7 tons and has been known to sink an average sized tuna boat with very little effort.

SIDENOTE: The captain of The Bamboo Stick said that he is not worried about a few damn sperm whales, as he is much more concerned about a Russian submarine, that could easily sink his vessel with a single torpedo.