Trump would be King Donald I, if he lived in England 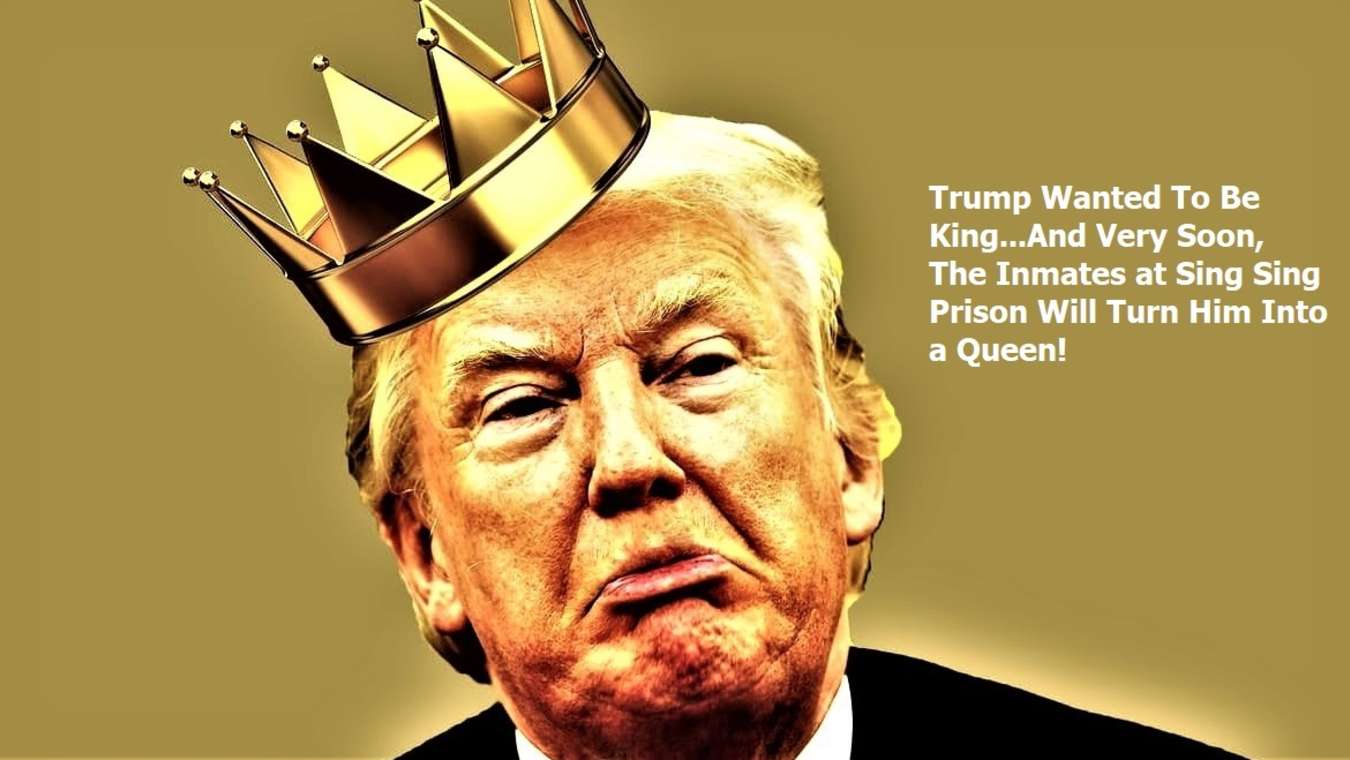 The two met at the 19th hole of The Ponce de Leon Golf Course, located in Palm Beach.

Tabitha Wishywater, with GOPicky Magazine asked him how he was feeling what with all four walls closing in on him faster than a gazelle running from a bunch of lions.

Grandpa Erasmus, as some of his grandkids call him, took a bite of his third Big Mac, and said that he doesn’t feel 71, and that he feels 51. [WRITER’S NOTE: DJT doesn’t feel 71, because the dipshit is actually 76.]

He then told Wishywater that if he lived in England, he would have been King Donald The 1st by now.

The reporter simply rolled her eyes.

After talking about his recent weight loss, Melania’s husband stated that he is now down to 263 pounds. [WRITER’S NOTE: Ah,Jumbo Trumpo actually weighs every bit of 341.]

At that point Ms. Wishywater, had, had just about all the lying she could stand for one day, and so she looked at her watch, and she told Trump that she had forgotten that she had an appointment with her gynecologist.