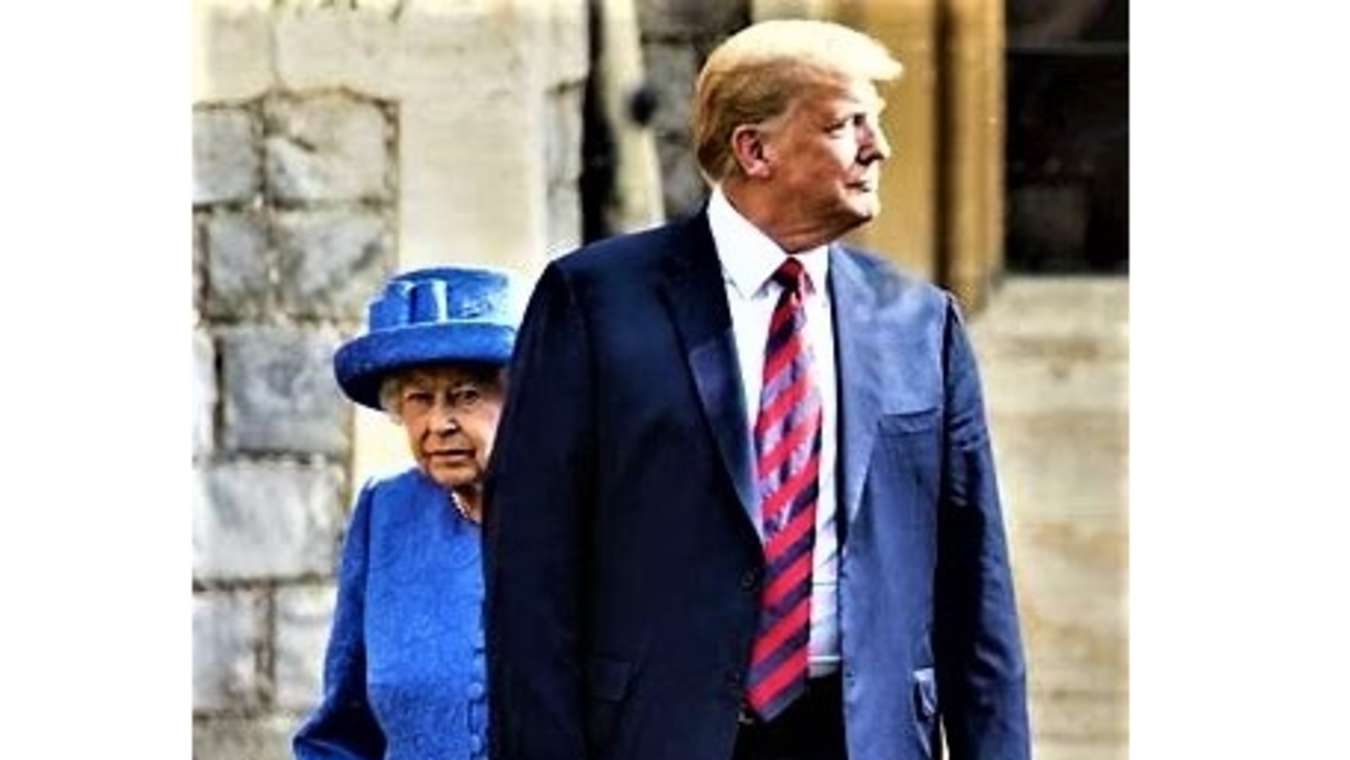 
LONDON – (Satire News) – Her majesty, the queen, has finally revealed exactly what Donald Jonathan Erasmus Trump overdosed on during his visit to Britain three years ago.

“Oh my word, as I recall, Mr. Trump, and I do use the term Mr. extremely loosely, insisted that my chauffeur take us to the nearest McDonalds, as he had a profound “Hankering” for some Big Macs.”

And so we were driven to a McDonalds on Birdcage Walk. We went in and sat down at a corner booth, so as to not be disturbed by my British subjects.

I could not believe that the Orange Bloke ordered seven Big Macs, a family order of McFries, and a 44-ounce McStrawberry Malt.

I simply had a McKids Meal and a courtesy cup of water.

And I majestically swear that the man, who looks an awful lot like Adolf (Hitler), literally inhaled those friggin’ burgers. And in the process, he accidentally got a McFry stuck in his right nostril.

I was able to wedge it out using a pair of pliers that I handily had in my Queen Eleanor of Aquitaine Designer Purse.

SIDENOTE: The manager of the establishment sauntered over to the Queen and the shithead, and asked that they please leave immediately as the pompous American asshole was making most of the patrons a bit illish.