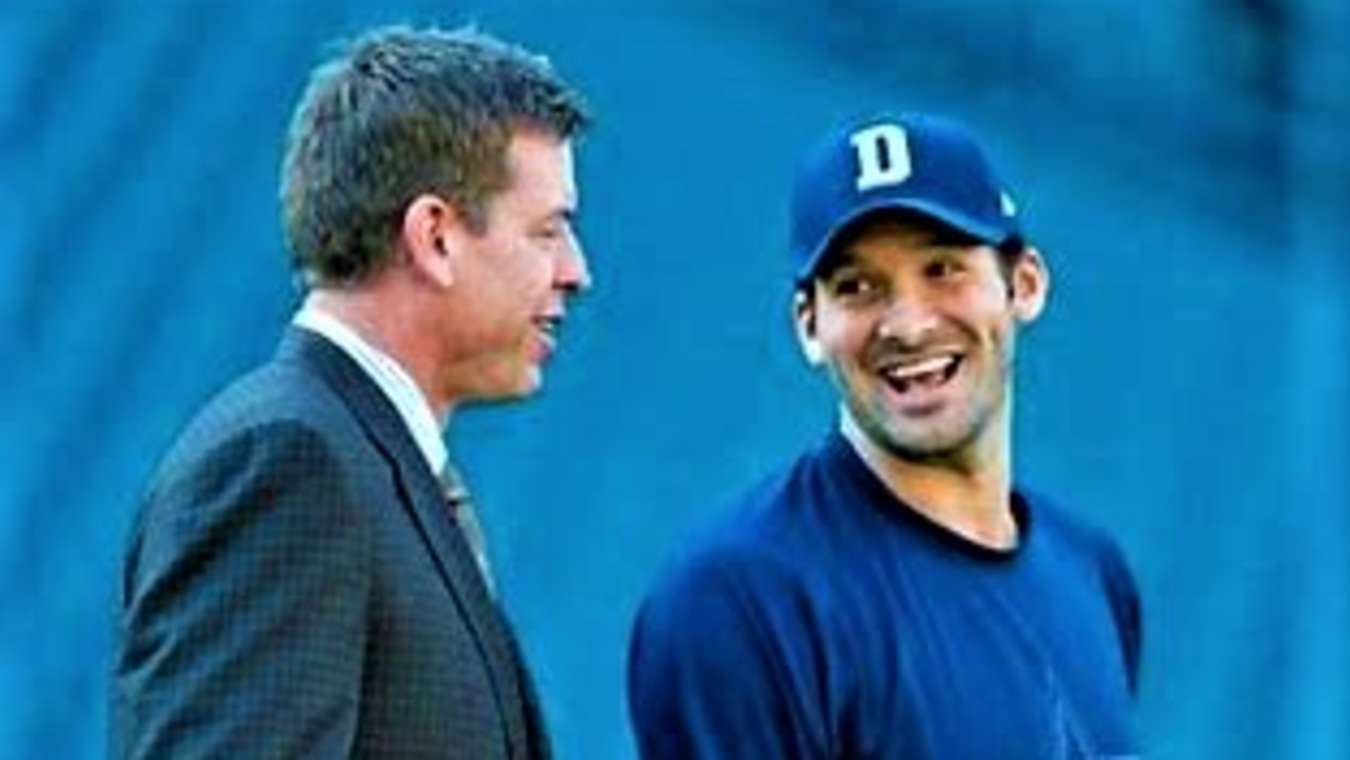 
CHICAGO – (Magazine Satire) – The Chicago Daily Wind newspaper reports that the much anticipated sports publication, The Wonderfuly Wondrous World of Sports, has made its debut.

Romo speaking from the swimming poll of his Dallas mansion said that he and his BFF Troy Aikman have been talking about it for some time, and after getting the blessing of Cowboys owner Jerry Jones and his two sons, as well as from former Dallas greats Roger Staubach Jason Witten, Emmitt Smith, Tony Dorsett, Rafael Septien, and Golden Richards, the two decided to get the magazine ball and run with it. (No Pun Intended).

Aikman said that their magazine will welcome articles and stories from sports players (past and present) as well as from sports fans, and basically anyone who has ever played with balls. (Pun Intended).

NOTE FROM JERRY JONES: I’ve known both T-boys, Tony and Troy since they were little bitty cowpokes, and I can say that they are two of the finest, most hard-working, football savy, devoted, cutest-looking QBs that I have ever seen, and I’ve seen lots and lots of ’em.