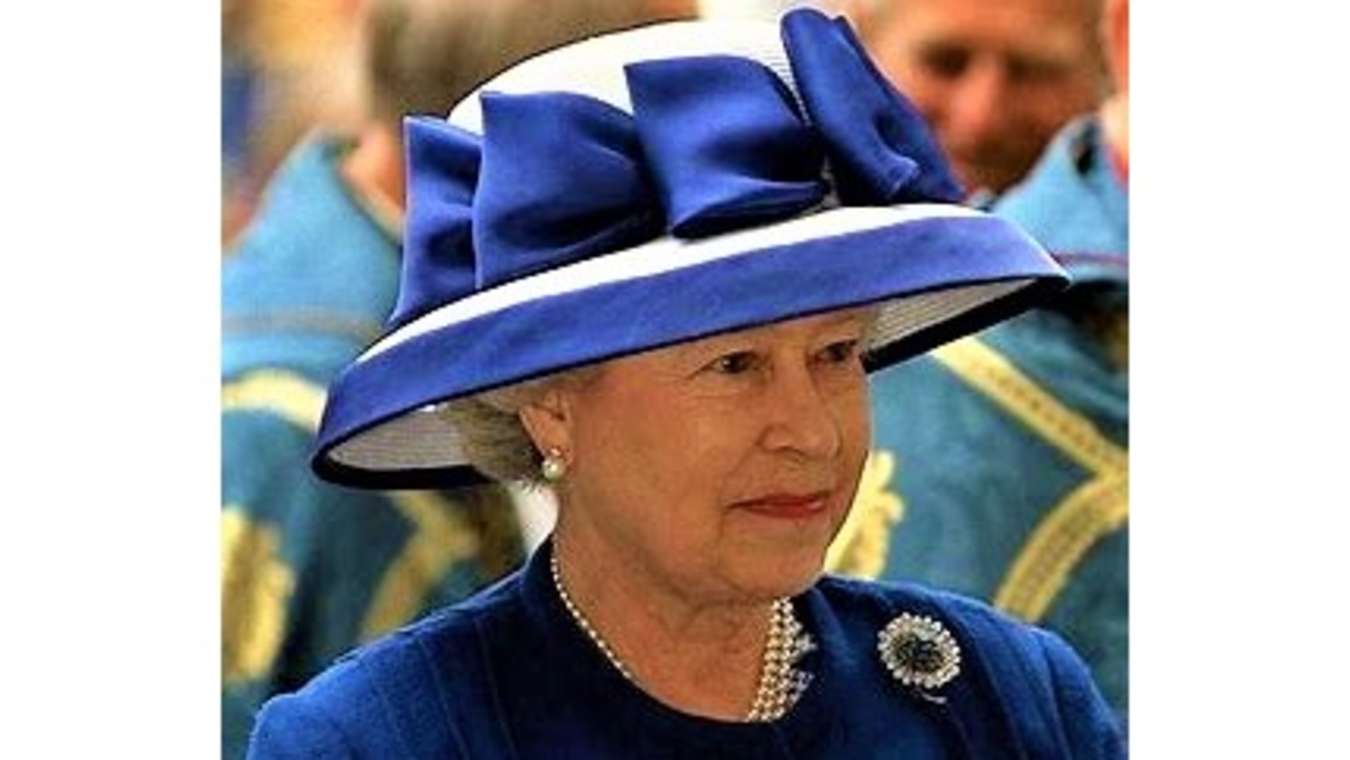 
LONDON – (United Kingdom Satire) – Queen Elizabeth has agreed to her good friend Piers Morgan’s suggestion that she take one of her over 4,700 hats and raffle it off in order to raise money for Ukraine.

Queen Elizabeth praised Morgan and informed him that his idea of a hat raffle is one bloomingly spiffy idea.

And so QE picked out her much-loved royal blue and white lampshade hat, which she bought at the world-famous Lock and Co. Hat Shop in London back in 2002.

Meanwhile, Russian President Putin heard about the hat that Queen Elizabeth is raffling off to raise money for Ukraine, and so he texted her and asked if he could perchance raffle off one of her favorite bloomers to raise money for Russia.

A spokesperson for Buckingham Palace stated that the queen reportedly texted Putin back with the message, “Piss off tosser!”

[EDITOR’S NOTE: For the American readers, the word ‘Tosser’ is British slang for a stupid or despicable person.]