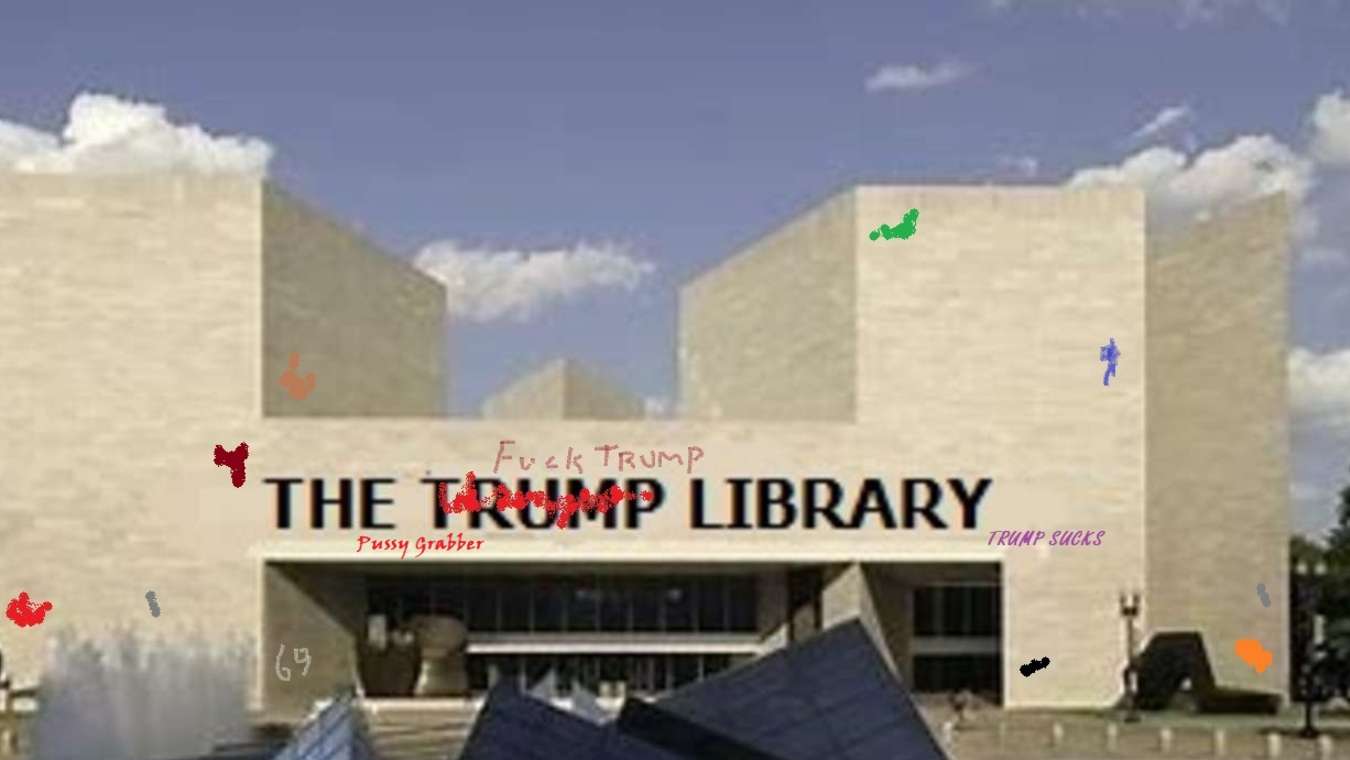 
BROOKLYN – (Satire News) – Well Trump’s Library has been hit by the graffiti sprayers.

The Brooklyn Police Department said that they were called at 3:27 am, about someone spraying graffiti all over the Trump Library.

When the library first opened it had three books, but a few weeks ago someone broke in and stole two of the three books.

Librarian Henrietta F. Nuxx, who is 91, but only looks 87, said that if she was 56, she’d let Donald Trump grab her by the pussy, and she would love for him to latch on to her sagging tits with his orange lips.

Meanwhile, Trump has said that he will be donating $35 to help towards removing the graffiti.