When is Katarina Johnson-Thompson competing in the Commonwealth Games 2022? Need-to-know dates and times 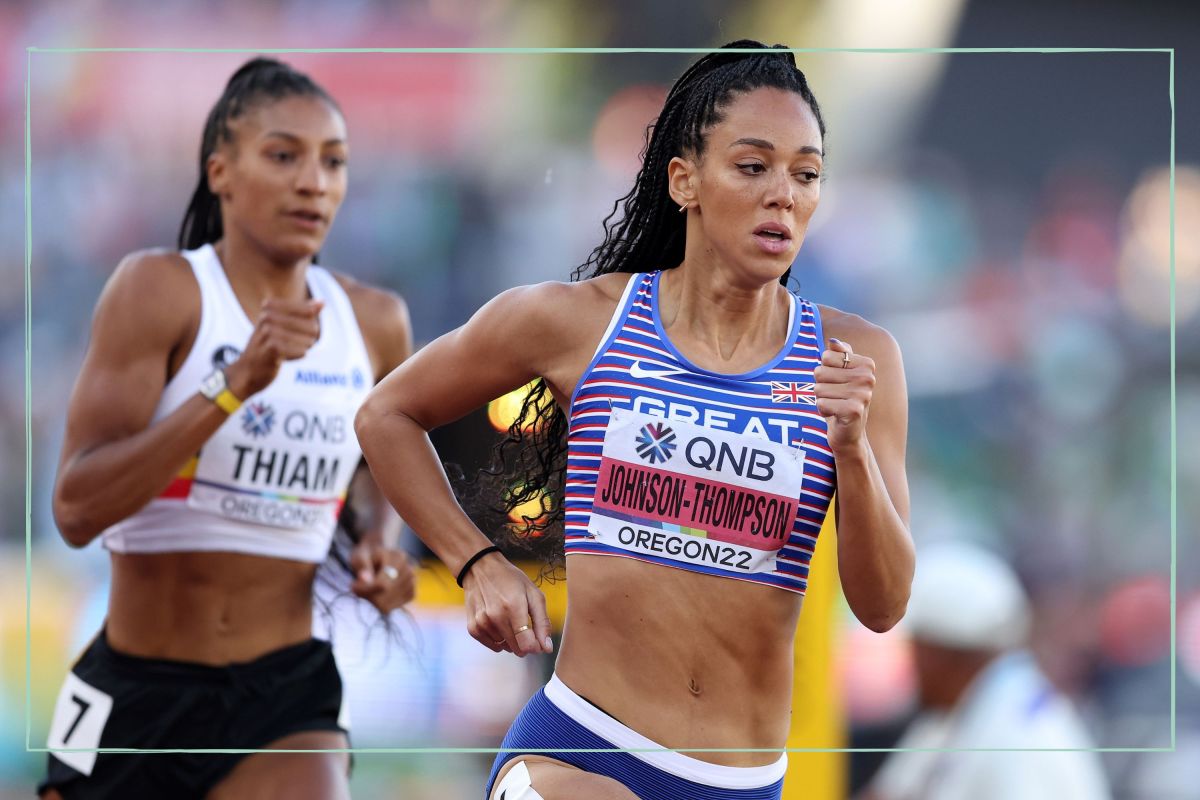 After multiple injuries and disappointment at the World Athletics Championships, heptathlete Katarina Johnson-Thompson is hoping to defend her Commonwealth title.

Since Dina Asher-Smith announced she won’t be competing (opens in new tab) in the 2022 Commonwealth Games, England’s hopes of a medal in the women’s athletics are firmly pinned on heptathlete Katarina Johnson-Thompson. The Liverpudlian burst onto the international stage at the 2012 Olympics and since then has been a darling of British athletics, with fans of the sport eager to know everything about her, from where she grew up to who her boyfriend is.

Katarina Johnson-Thompson will be competing on two of the 11 Game days in Birmingham, and here’s everything you need to about when and where you can watch the Commonwealth Games (opens in new tab) performance.

When is Katarina Johnson-Thompson competing in the Commonwealth Games?

Katarina Johnson-Thompson will begin competing in the heptathlon on Tuesday 2 August in the athletics morning session, which takes place from 10am until 1.30pm on BBC One. Johnson-Thompson is the defending Commonwealth Champion in the event and the 2019 World Champion.

The heptathlon is a seven-event contest in the athletics programme that takes place across two days. The competitors earn points for their performance in each event, and the athlete who scores the most points at the end of the two days is crowned the overall winner. The seven events are: 100m hurdles, 200m, 800m, high jump, long jump, shot put and javelin throw.

Speaking ahead of the Commonwealth Games to the 22 Voices (opens in new tab) podcast, Johnson-Thompson said she is ‘super excited’ for Birmingham 2022, adding that the city is a special place for her.

She said, “It’s got a lot of history for me and it’s just perfect that the Commonwealth Games will be there next year. I’m super excited to have crowds back in athletics, excited for normality and a home games and to have fans. It’s just going to be great, I can’t wait.”

How old is Katarina Johnson-Thompson

Katarina Johnson-Thompson is 29 years old. She was born on 9 January 1993 to Tracey Johnson and Ricardo Thompson in Woolton, Liverpool.

She lived in Liverpool until she was 23 years old, and made friends with Killing Eve star Jodie Comer while they were at St Julie’s Catholic High School together. She later went on to study Sports Science at Liverpool John Moores University, before dropping out to compete in the Rio Olympics in 2016.

That same year, she moved to Montpellier, France, where she still lives, to focus on her athletics.

How tall is Katarina Johnson-Thompson

Katarina Johnson-Thompson is 1.83m tall, or 6ft, making her seven inches taller than her predecessor, Jessica Ennis-Hill, who also competed in the heptathlon for England and won gold at the 2012 Olympics, before retiring in 2016.

In 2019, Ennis-Hill told the Mirror (opens in new tab), “Kat has grown so much as an athlete and a person and I definitely think she’s reaching her peak. The medals she has won have given her a massive amount of confidence.”

Katarina Johnson Thompson has been in a relationship with Andrew Pozzi since 2018. Pozzi is also a Team GB athlete and competes in the hurdles.

In 2018, Pozzi won gold at the World Indoor Championships when he beat the USA’s Jarret Eaton by one-hundredth of a second, with a time of 7.46sec.