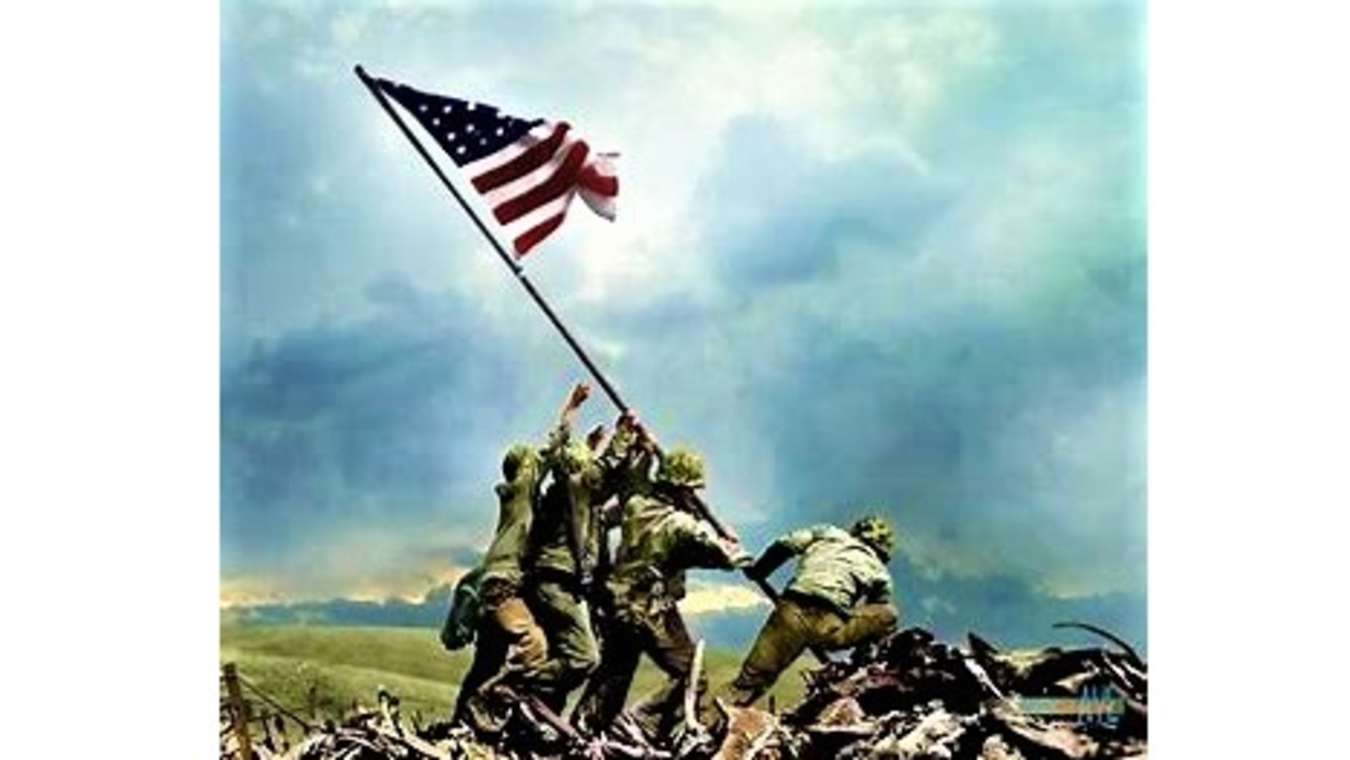 Iwo Jima’s Mount Suribachi is the place where six US marines raised the American flag, so that all of the Japanese soldiers could see it and surrender their Imperialistic asses.

One of the Marines went on to play second base for the then Brooklyn Dodgers, one went on to become a standup comedian who appeared many times on “The Ed Sullivan Show,” “The Matilda Quackenbush Variety Show,” and “Betty’s Show Show.”

Another of the Marines dated 50s sex goddess, Marilyn Monroe until she broke up with him to marry New York Yankee great Joe DiMaggio.

Meanwhile President Biden has just learned that the geological firm Showergarden Brothers, Inc. has just discovered, what they are calling the biggest oil field in the entire world.

The president reportedly told Vice-President Kamala Harris, “That is great news Kammy, fuck them drape-wearing, camel jockeys. They can feed THEIR oil to their camels!”

The vice-president, smiled and remarked, “Fucking A, Joey!!!” ■