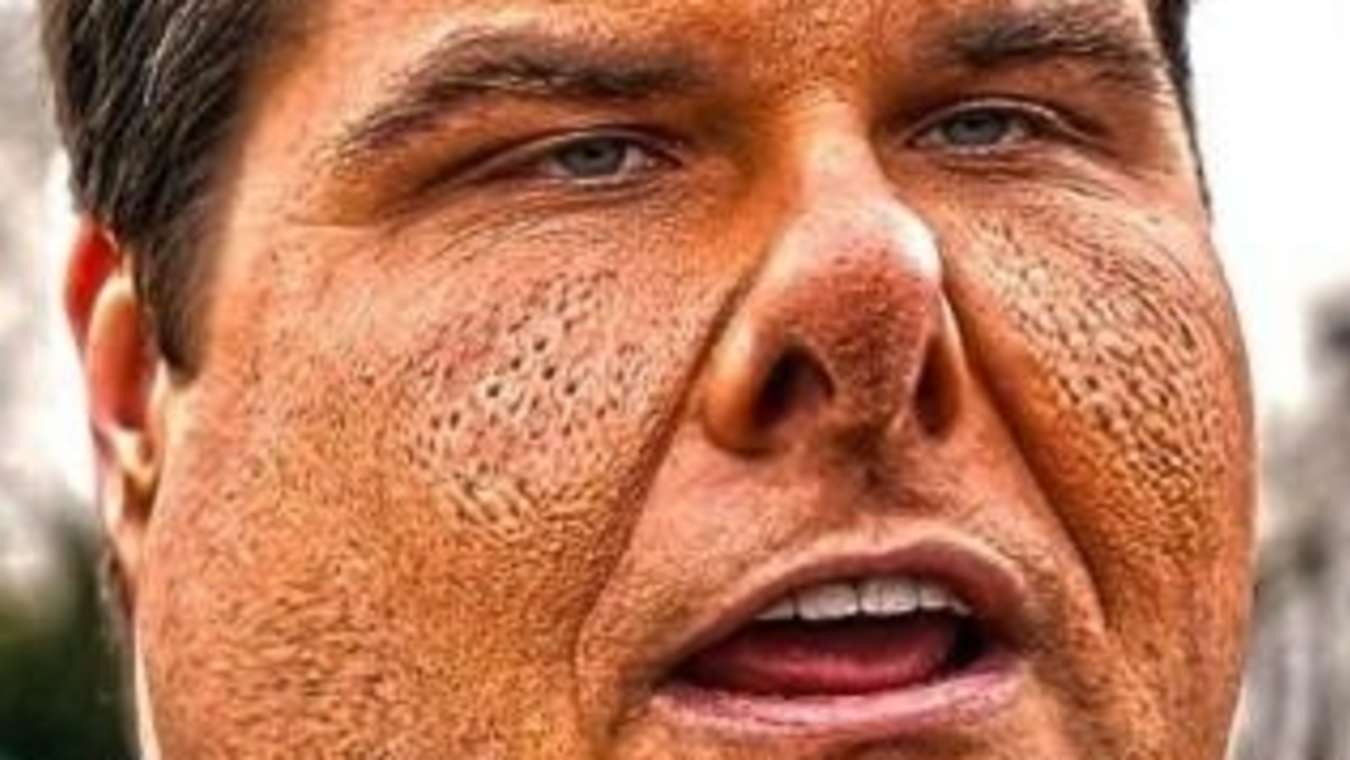 
Matt Gaetz doesn’t look like a thumb, he looks like a shoe. But I hate deriding a man for his looks when his personality is so odious.

Matt tried a little stand-up comedy at the latest American Nazi party rally (or however they’ve re-branded themselves these days), saying that women who march for abortions would never have sex due to their appearance.

Wacky shit, Matty the Shoe! (Sorry, won’t do that again.)

I headed to Matt’s PR Manager, and boy was she sweating! I asked for an interview, but she was busy doing damage control, voicing her concerns over the microphone Matt had in his ear.

“What’s the deal with fat Democrats?” Matt asked the farting and belching audience.

But the “joke” was out. The PR Manager – I think her name was Wanda – swore wonderfully into the mic, but Matt heard nothing.

“What’s up with these people who have skin color that isn’t white?”

Luckily, feedback squealed from a mic or a speaker and Matt’s “joke” was lost. Some eardrums were possibly exploded.

“What’s up with gay people? Why can’t you just hold hands at the drive-in and think pure thoughts before banging each other’s DIFFERENT genitalia? Am I right, folks?”

“Immigration … Mexicans, Syrians, Ukrainians … where do I start?”

Wanda shook her head, and was visibly weeping. “He thinks just cuz Trump said whatever came to his locker room mind, that he can too. He actually thinks if he insults enough people, Donald will take him under his wing and make him Vice-President or something high-up that he usually only gives his kids or Jared.”

So that’s why Matty was openly being a dick. It also explained Lauren Boebert and Marjorie Taylor Greene. It was like Göring and Goebbels telling terrible anti-Semitic jokes to get on Hitler’s good side. And the ranker they are, the more popular they become, modeling themselves after Trump’s rise to power.

Wanda wrenched off the mic headset, saying, “That’s it – I’m fucking outa here!” She picked up the mic again to tell her former boss, “You’re on your own. Say whatever! If Trump’s in jail, hopefully you can be his roommate and top bitch. I quit!”

She rushed away in tears. The crowd was subjected to another 20 minutes of Matt’s “comedy”. There should be a law that any crowd member has the right to heckle, but not one of them did.