How many people died at Woodstock 99? Deaths, injuries, Trench Mouth and more explained 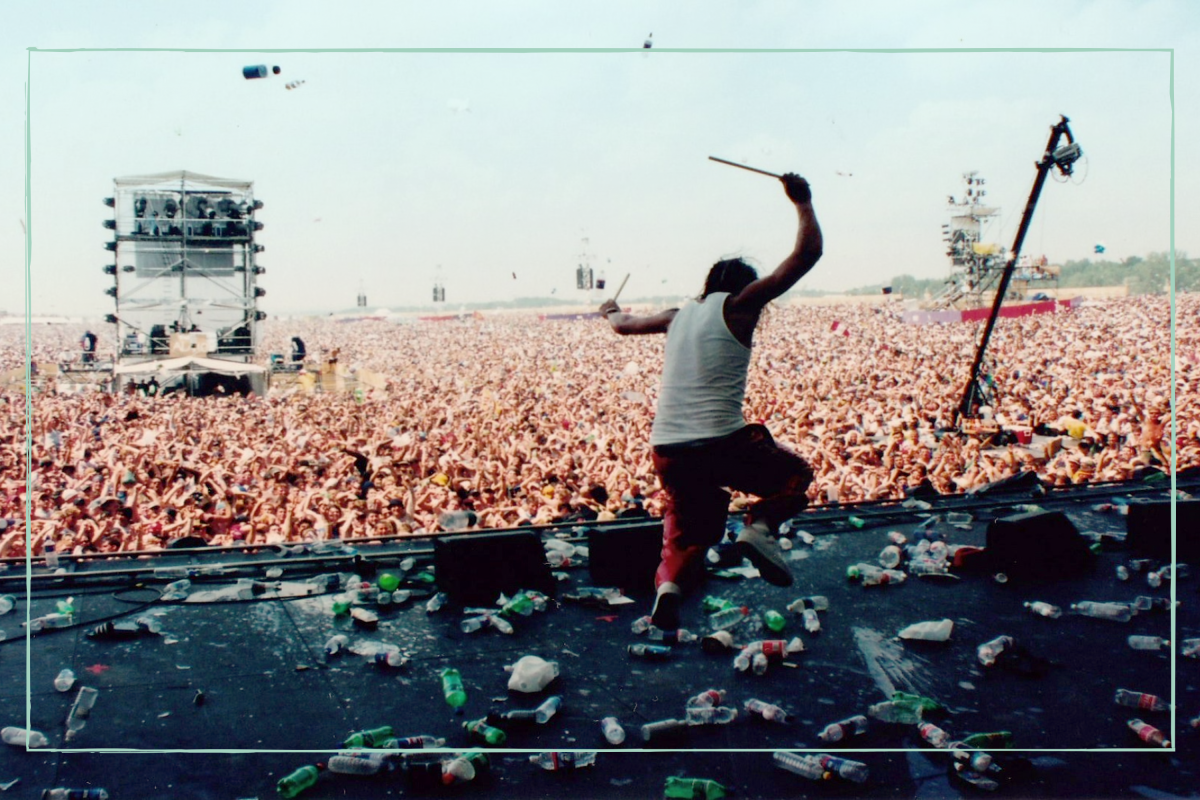 Netflix’s new Trainwreck: Woodstock ’99 documentary has been hailed as Fyre Festival 2.0 but more sinister – on account of the deaths, casualties and other disturbing incidents that took place.

When most people hear the term Woodstock they envision the peace and love spirit that defined the original 1969 festival. Yet sadly this didn’t turn out to be the case for Woodstock’s third and final outing – Woodstock 99 – taking place during a now infamous July weekend at a former air force base in Rome, New York.

How many people died at Woodstock ’99?

Three people died whilst attending the Woodstock 99 festival. The three deaths included 24-year-old David Derosia, 28-year-old Tara Weaver and another 44-year-old man. Weaver was hit by a car whilst leaving the concert, whilst the man in his forties suffered a cardiac arrest at the camping site.

Woodstock 99’s youngest victim David DeRossia collapsed whilst watching the Metallica set in a mosh pit. His cause of death was ruled as hyperthermia – linked to heat stroke. With other possible causes: an enlarged heart and obesity.

However, according to Syracuse (opens in new tab), Onondaga County medical examiner Jacqueline Marin – who carried out the autopsy – told police that DeRosia’s weight in reality had little to do with his death.

Indeed, heat proved to be a big problem at Woodstock 99, with temperatures during the July 1999 concert reaching 100°F (38°C). Add to this an extra 5-10 degrees concertgoers experienced who were deep in the crowd or mosh pits.

Esquire (opens in new tab) reports that access to water was another concern, with 25 minute queues forming around water fountains. The price for bottled water also rose as demand increased – with a $4 bottle rising to $12 by the end of the weekend.

How many people were injured or taken unwell at Woodstock 99?

Pitchfork (opens in new tab) reports that there were 1,200 admission to the onsite medical facilities during Woodstock 99. The night of Saturday 24 July, 1999, saw 125 patients treated per hour at the two medical tents near the main stage.

The New York Post (opens in new tab) suggests that many admissions were seeking treatment for heat exhaustion and dehydration due to the heatwave and lack of water.

In 2001, David DeRosia’s mother – Lorelei Johnson – filed a lawsuit against Woodstock 99 promoters and six doctors at the event, accusing those involved with negligence. According to Syracuse, her lawyer, Joseph Cote said that organisers did not provide enough water and had inadequate medical supplies for the 400,000 fans who attended.

He also claimed that the medical tents were not well equipped to treat heat stroke patients. In a deposition, a nurse by the name of Kinsinger – who worked at Woodstock 99 – said “I did not take a single temperature the three days I was at Woodstock.”

Woodstock event promoter Michael Lang has always refuted these negligence claims saying that organisers had provided plenty of water and Gatorade to medical tents. He also claims they opened additional cool-down facilities in response to the climbing temperatures.

As of March 2019, the lawsuit had still not been resolved – and it’s likely it is still ongoing with no news of a resolution reached.

Trench mouth – a condition that causes gum bleeding, swelling, pain and ulsers – was a widespread issue at Woodstock ’99. Caused by a buildup of bacteria in the mouth, many festival-goers experienced it as a result of the sewage on site leaking into drinking and shower water.

Esquire recalled one woman’s account of the condition whilst at Woodstock – waking up on the last day to “a very sore throat, cold sores all over my lips, ulcers all over my tongue and my gums and in my mouth.”

According to the Icahn School of Medicine at Mount Sinai (opens in new tab), New York, the term ‘Trench Mouth’ dates back to World War I, with soldiers in the trenches suffering the same symptoms due to poor sanitation.

Horrifying accounts of sexual assault came out of Woodstock 99. According to an issue of Billboard magazine (opens in new tab)– printed August 21, 1999 – “five rapes and numerous accounts of sexual harassment and assault” were reported to authorities shortly after.

A 20-year-old woman from Virginia later filed a personal injury suit (opens in new tab) in 2000 against Woodstock’s event promoter Michael Lang. She claimed she was sexually assaulted and raped by three men in the campsite. Lang maintains that organisers did their best to uphold public safety.

The Washington Post also quoted rehabilitation counselor David Schneider (opens in new tab) from Maryland, who had worked as a festival volunteer over the Woodstock weekend. He recounted seeing women who were crowdsurfing being pulled into mosh pits, stripped of their clothes and assaulted.

He added that due to overcrowding security guards were unable to intervene in such assaults.