The Sandman release date: What time is it on Netflix? 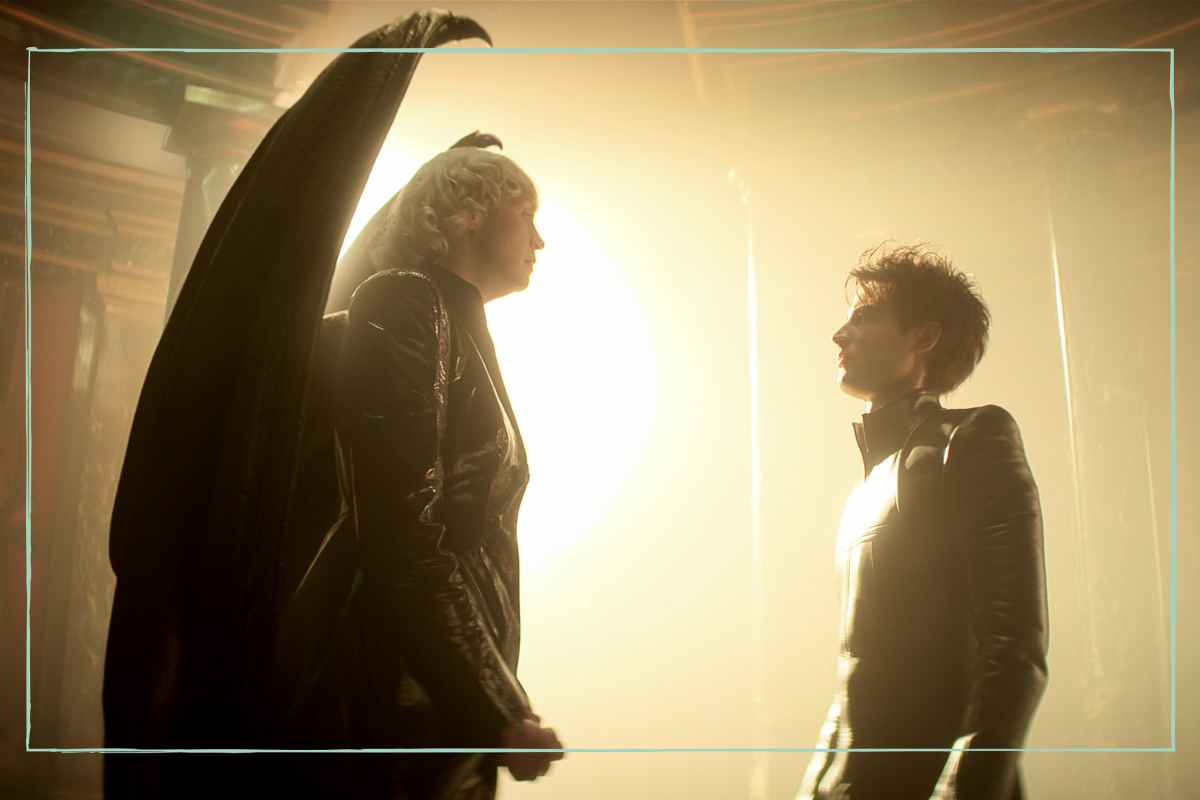 A page-to-screen adaptation has been a long time coming for comic fans – but finally The Sandman release date is here.

It’s been just over two decades since The Sandman was considered for the screen. First with Warner Bros working on a number of incarnations in the late 90’s and 2000’s, then a rumoured Joseph Gordon-Levitt backed film in the mid 2010’s. It soon became apparent that a film was not to be and it wasn’t long till Netflix snapped up The Sandman as a television series in 2019. Three years later, loyal fans are now being treated to a no-expense spared production that will see their visions brought to life.

The Sandman release date: What time is it on Netflix?

Fantasy series The Sandman will be released in the UK on Netflix at 8am, Friday 5 August, 2022. The show is also available to American audiences from this date – dropping at 12 a.m. Pacific Time (PT) and 3 a.m. Eastern Time (ET) on the streaming platform.

According to The Hollywood Reporter (opens in new tab), when Netflix announced the series in June 2019 the plan was for an “11-episode order”. However, it’s since been confirmed that there will be a total of 10 episodes in season one of The Sandman.

There are three Netflix packages (opens in new tab) you can sign up to. The cheapest package costs £6.99 per month, and this includes unlimited access to the Netflix catalogue. However, with the basic package, subscribers can only stream from one device at a time.

The standard package – at £10.99 per month – includes the entire Netflix catalogue, but allows simultaneous streaming from 2 devices. This package also has shows in HD, and allows downloads to mobile devices.

The final premium package costs £15.99 per month, and features bonuses including streaming across four devices. Plus it contains most of the catalogue in Ultra HD.

What is The Sandman about? Plot summary

The Sandman is set in 1916 and tells the story of Morpheus – the king of dreams and a member of the seven Endless – who is captured in an occult ritual. 105 years later, Morpheus escapes and sets out to retain power and control of his kingdom of the Dreaming.

The official Netflix synopsis reads: “A rich blend of modern myth and dark fantasy in which contemporary fiction, historical drama and legend are seamlessly interwoven, The Sandman follows the people and places affected by Morpheus, the Dream King, as he mends the cosmic — and human — mistakes he’s made during his vast existence.”

We’re still awaiting reviews for The Sandman from all the key sites including Rotten Tomatoes (opens in new tab).  All we know is that author Neil Gaiman is confident that the series stays true to the original comics and he wouldn’t have signed off on it if he wasn’t happy.

“This adaptation is the first time that I’ve been willing to come on board,” Gaiman told The Herald Scotland (opens in new tab). “We’ve reached a point that really did not exist when The Sandman comics began. Longer format, novelistic television series now have the special effects and budgets to bring this world to life.

“Technologically, I really think we’re in a place right now where we’re getting to make Sandman in a way that we could not have dreamed of making even 15 years ago, even 10 years ago,” he added.

Aside from Gaiman, we don’t know much more of the critical reception. Though Phil Harrison of The Guardian (opens in new tab) did declare it his TV Pick of the Week.

TechRadar‘s Senior Entertainment Editor Tom Goodwyn did share some thoughts (opens in new tab) on the series when the first trailer was released in June 2022. Whilst he admits that you should never judge a show by it’s trailer, he did feel that if this trailer “captures The Sandman’s feel and tone then it’s a long way from the majesty of Gaiman’s comics”.

Whilst he praises the casting and transformation of Tom Sturridge as Dream, he states that “it looks a lot like Doctor Who (opens in new tab) with a vastly enhanced budget”. He also questions the darkness of the series, based on Jenna Coleman’s “comedy Mockney accent” and the “portentous” voiceover.

Social media has been awash with opinions and excitement for The Sandman series. And a lucky few who attended the BFI preview of the new Netflix show have shared their reviews online.

One audience member (opens in new tab) at the BFI screening tweeted: “Saw the first episode of #Sandman tonight and, not only were my hopes met, they were massively exceeded. Absolutely brilliant. Tom Sturridge’s eyes deserve their own casting agent.”

A second fan who was also able to see the preview was similarly full of praise for The Sandman. “Having read the comics I can tell you it is everything & more,” he tweeted.

@Netflix_Sandman @neilhimself @BFI I just saw the premier of sandman. Having read the comics I can tell you it is everything & more. JUST WATCH IT! I adored every second! I only regret I can’t see the rest of the show on the big screen #Sandman pic.twitter.com/QZkGrzqg59August 3, 2022

Just a nerd cleaning up his Sandman shelves ahead of tomorrow’s release of the Netflix adaptation 🤓 #Sandman @neilhimself pic.twitter.com/VyI5JRyf5zAugust 4, 2022

Others who have yet to watch the series, shared how they were preparing for the release and how they planned to watch it when live.

One Twitter user shared a photo of his The Sandman memorabilia shelves – which he’d tided up in anticipation. Whilst another tweeted (opens in new tab) that they were “planning a Sandman binge for Saturday which means I’m gonna have to go on a social media blackout tomorrow.”

Will there be The Sandman season 2?

Fans will be pleased to know that a season 2 of The Sandman is already in the works, despite the fact it hasn’t officially been renewed yet. The show’s executive producer, David S. Goyer (opens in new tab), has revealed that script writing for a second season is already happening.

Talking about the writing process of season two to Den of Geek (opens in new tab), he said: “In some ways, it’s easier [than season 1] because we’ve educated the audience to the basic ideas. We’ve shown how the dreaming life can affect the waking world.”

Goyer added that having laid the foundations, season two means that the creators “get to stretch our wings a bit more.”

With a second season of The Sandman currently being written, there isn’t currently a confirmed release date for the follow up series to share.