How many Woodstocks were there and what years did they take place? 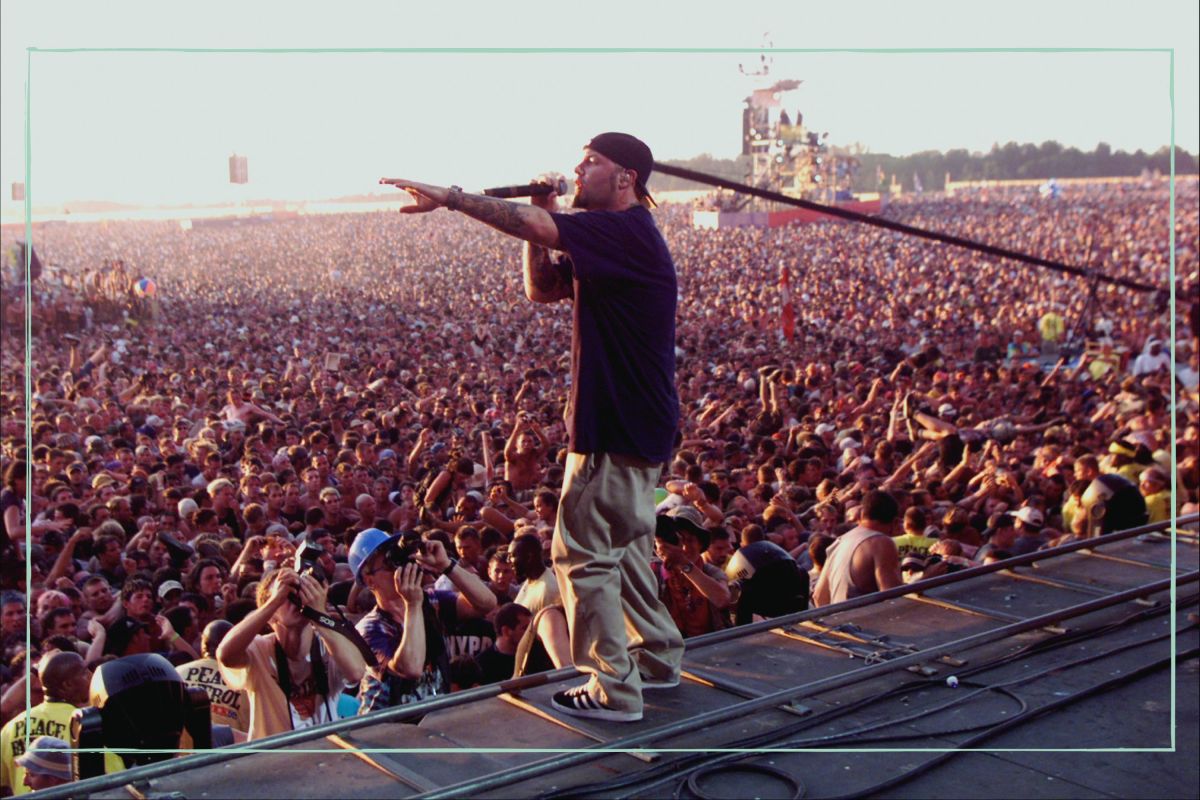 Most will be familiar with the 1969 festival, which was all about peace and love. And after a new Netflix documentary, many now know about the disastrous 1999 edition, but how many Woodstocks were there in total?

Trainwreck: Woodstock ’99  is a new Netflix documentary that documents the disturbing events of the 1999 festival, leaving many viewers wanting to know more details about what went so wrong – including how many people died (opens in new tab).

How many Woodstocks were there?

There were three Woodstock festivals in total: 1969, 1994 and and 1999. The first is the version of Woodstock most are familiar with, which was billed as ‘An Aquarian Experience: 3 Days of Peace and Music’. The original festival emulated the counterculture movement of the 60s.

The two lesser-known editions of Woodstock tried to capture the spirit of the first, and there were also plans for a ‘Woodstock 50’ in 2019, which would have marked the 50th anniversary of the original festival. However, it was plagued by financial and venue trouble, and on July 31 2019, Woodstock co-creator Michael Lang said to Variety (opens in new tab) “We are saddened that a series of unforeseen setbacks has made it impossible to put on the festival we imagined with the great line-up we had booked,” adding “Due to conflicting radius issues in the DC area many acts were unable to participate and others passed for their own reasons.”

Lang sadly died from cancer in January 2022 at the age of 77. Though he was best known for co-creating Woodstock, he also owned Just Sunshine Records, which produced and released more than 40 albums, and managed singer Joe Cocker, who performed at the original Woodstock.

On August 15 1969, half a million people descended on a dairy farm in Bethel, New York, for the first Woodstock festival. Despite torrential rain, the weekend went down as one of the most important events in cultural history, with peace, love and harmony the dominant themes.

The line-up was star-studded, with the likes of Jimi Hendrix, Janis Joplin, and The Who on the bill. Hendrix was the last to perform, but he was delayed taking to the stage because of the rain, meaning the festival officially ended on Monday 18 August 1969.

Woodstock 1994 was held to mark the 25th anniversary of the first Woodstock festival. Like the first it featured stars Joe Cocker and Santana) plus lots of rain and mud.

One big difference between the ’94 festival and its predecessor was that the second edition of Woodstock was filmed and broadcast on MTV via pay-per-view. Meanwhile, in the UK, audio from the event was broadcast on Radio 1.

In 1999, Woodstock returned for the third time to mark the festival’s 30th anniversary. However, the final edition was not as successful as its predecessors.

So disastrous it’s the subject of a new Netflix documentary, Woodstock 99 saw looting, fires and hundreds injured or taken unwell, and brought in lawsuits and allegations of sexual assault.

Three people died at the festival, and heat posed a big problem for the festival-goers. Held at a former air force base, the tarmac made already scorching temperatures unbearable and many attendees suffered from heat exhaustion.

Another problem was a lack of food and water supplies. The organisers struggled with a bigger crowd than anticipated, and bottles of water cost $4 (that’s almost $7 with inflation). Some attendees suffered with ‘trench mouth’ – a condition that causes gum bleeding, swelling, pain and ulcers – caused by sewage leaking into the drinking water.

What was the Woodstock 99 line-up?

On the final day of the festival, riots broke out, with violence and bonfires taking place across the site. 44 people were arrested.

A charity called PAX had handed out 10,000 candles to festival-goers earlier that day to be used in an anti-gun vigil during the Red Hot Chilli Pepper’s performance of Under the Bridge. However some used these to set fire to everything on sight.

During the descending destruction, the American band performed a somewhat ill-timed cover of the Jimi Hendrix song Fire. This led to some accusing the Chilli Peppers of encouraging the chaos. But this is something drummer Chad Smith has long refuted.

He recalled when he first clocked the link being made between the band and the fires, in an interview with Yahoo! (opens in new tab). “The next morning, I get up, I’m in the airport, and I’m looking up at CNN or whatever the news that’s on the airport television,” Chad says. “They’re like, ‘Yesterday’s Woodstock festival, they had the Dave Matthews Band and Jewel, and it was all really nice. And then… the Red Hot Chili Peppers played, and all hell broke loose!’ And I’m like, ‘What?’ And they show the fires, and I am like, ‘Oh my God. Oh s**t.’ We really looked like we were instigating — that we were the bad guys.”

He clarifies: “We were merely paying homage to the great Jimi Hendrix. I guess people obviously didn’t know that Jimi Hendrix’s sister came back and asked us to play that.

“Could we have picked another Hendrix song? Probably,” he adds. “But that’s the one we rehearsed and that we knew. So yeah, I guess the timing of it wasn’t so great.”