Kim Kardashian says bruthas will get Trump for pussy grabbing 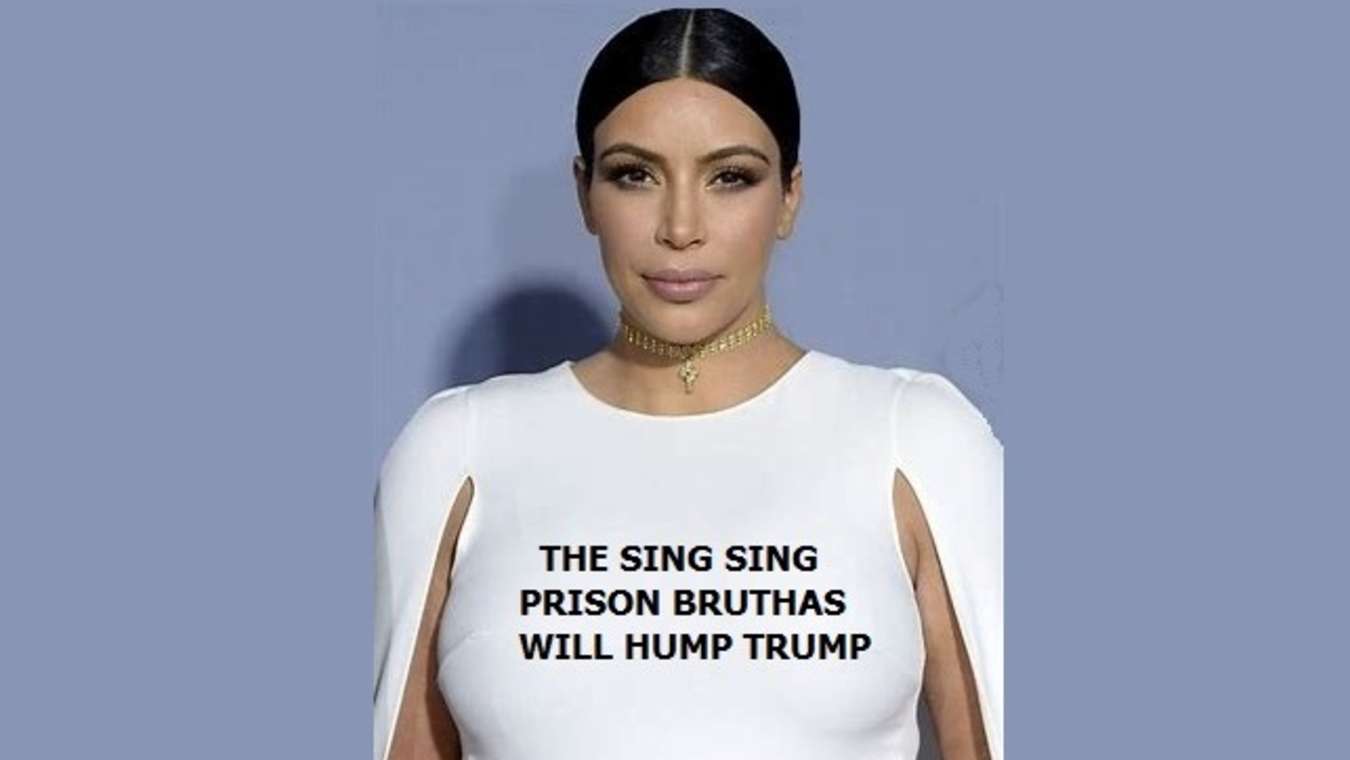 
HOLLYWOOD – (Satire News) – Hollywood celebrity Kim Kardashian, who is head-over-heels in love with Pete Davidson of “Saturday Night Live,” says that she can’t wait for Lard Belly Trump to become an inmate at Sing Sing Prison.

She is so excited about seeing the damn pussy grabber in his orange convict jumpsuit that she has developed a line of Anti-Trumpturd shirts.

Her favorite one is captioned “The Sing Sing Prison Bruthas Will Hump Trump.”

Kim says that she has personally talked to one of the biggest, meanest, bitterest, prisoners in the entire US prison system. His nickname is “Mad LeRoy.”

She commented, with a huge smile on her face, that he is one huge brutha who stands 6-foot-10-inches, and weighs 295 pounds.

He told her that he has already told all of the other convicts that when the cute, sweet-looking, orange complected “Donna” arrives at Sing Sing, “She” will become his “Girlfriend.”

SIDENOTE: Kim told Boom Boom News, that she and her sister Khloe plan on having a question and answer session at Sing Sing, and they will remind all of the bros every hateful anti-Black comment that “Rhino Butt” Trump ever uttered.