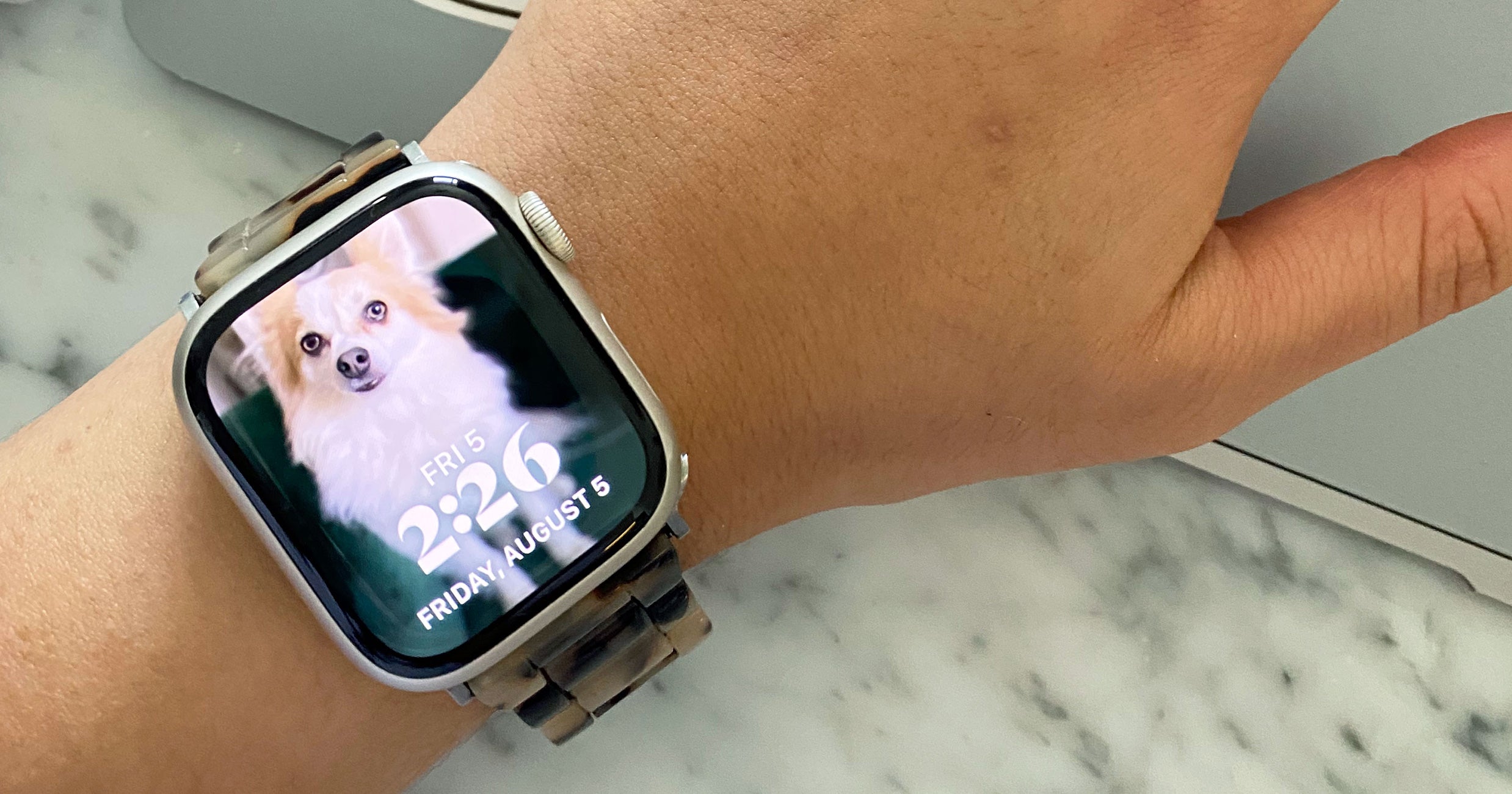 I’ve always liked the idea of a high-tech wearable; having grown up with movies like Spy Kids and Inspector Gadget, the idea of a mini-computer on my wrist appealed to me in a big way. So naturally, when the Apple Watch first debuted in 2014, I was very intrigued. However, it wasn’t until the brand rolled out the third generation that I got one for myself. Honestly at the time, it was pretty freakin’ cool; I loved the customization options for the watch face and how sleek and minimal the case was. Sure, the 38mm screen was a bit tiny. But I have small wrists and hands, so navigating things really wasn’t too bad. Mostly, I loved how I could quickly set timers as I cooked, track my workouts, and pay for groceries and subway fares with the tap of a wrist.

But five years and four generations later, I figured it’s time for an upgrade — and here’s where Apple Watch Series 7 comes in. The latest iteration of Apple’s smartwatch features major modifications in screen size, display, and keyboard functions, among many other functions. For the purposes of this review, Apple hooked me up with a loaner model of the new watch to test over the period of a few months.

As with any new Apple drop, unboxing my new watch was a true ~experience~. (Also, I appreciate that Apple’s boxes are sleeker than ever and don’t really have excess bulk that can’t be recycled.) I opted for Starlight, a shimmery champagne colorway that’s new for the Series 7 model. The box included the watch, a Sport Band, and charging cable, but Apple threw in a Nike strap as well. Right off the bat, it already felt lightyears ahead of my Series 3 model; the 3mm difference in case size wasn’t as bulky as I’d feared, and the larger display (note the smaller borders, which give a 20% increase in display size from the most recent Series 6 watch) was amazing for reading texts and other notifications. Speaking of screen, the Retina display was crystal clear and honestly stunning — I customized my watch face to display various photos my dog. Honestly, it’s art.

The primary functions I use my Apple Watch for are fitness tracking (gotta close those rings, baby), quickly checking notifications if I’m out and about or driving, using Apple Pay, and of course, telling time. Although the Series 7 boasts impressive functions like measuring blood oxygen levels, an improved ECG app, and a crack-resistant front crystal display, I actually found the less-flashy features to be the most life-upgrading. The Series 7 battery-charging system has been revamped to work faster than ever; it took me just over an hour to go from zero to a full charge versus several for my old model. (The battery life also lasts way longer than older models — I used to charge my Series 3 nightly versus every other night or two for the Series 7.)

Another plus: The watch keyboard (which until now worked by tracing each letter individually) features a full QWERTY keyboard, making it easier to send texts. (It’s still kind of a keyboard for ants, but I have freakishly small hands, so it’s NBD for me.) Another incredibly useful feature — that’s not unique to the Series 7 — is the ability to unlock your Macbook or iMac when the watch is nearby. I may be doxxing myself here, but nothing makes me feel cooler than when I sit down at my desktop, and voilà, she’s logged in. (Apple, take all my money.)

Whether you’re rocking a vintage Apple Watch or have yet to get in on the wearable tech trend, I will leave you with this: I didn’t get an Apple Watch because it was the smartest of the smartwatches. I know friends who prefer the GPS features of the Garmin Venu or the in-depth sleep reports of Amazon Halo over Apple’s. While yes, I got it partially because it’s functional and works seamlessly with my iPhone and laptop, but it also appealed to me from a design standpoint. It’s sleek and minimal, and I love switching out the straps based on my mood and style. (My go-to is my blonde tortoise Machete strap.) At $349, it’s an investment — but one that has made everything from WFH to traveling so much easier. Plus, I won’t lie: Walking through the airport and scanning my boarding pass on my wrist makes me feel pretty damn cool.

At Refinery29, we’re here to help you navigate this overwhelming world of stuff. All of our market picks are independently selected and curated by the editorial team. All product details reflect the price and availability at the time of publication. If you buy or click on something we link to on our site, Refinery29 may earn commission.

This WiFi Pet Feeder Is Like A Dyson For Your Dog