Trump may be the son of God 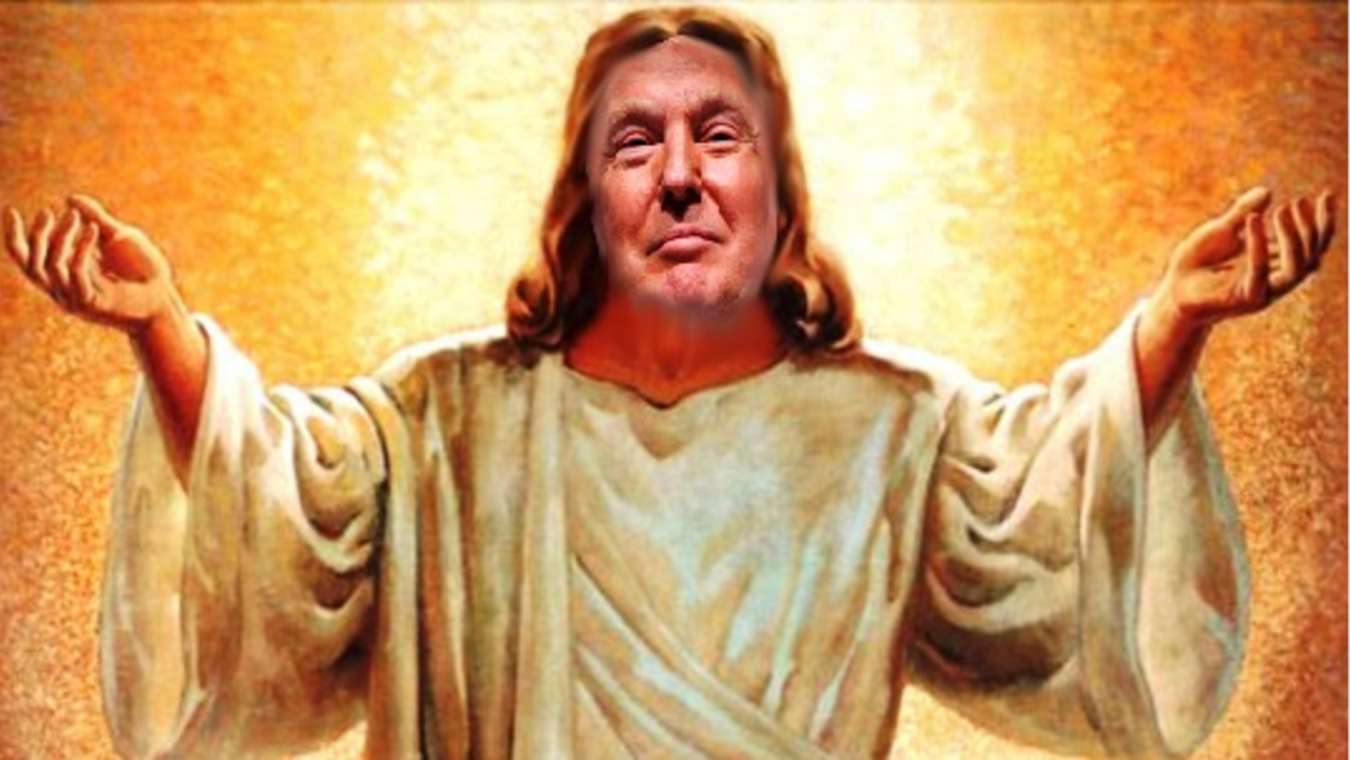 
Frederick Christ Trump Sr., or just Fred, is dead. He has been dead since 1999. Prince had a party.

But you see that middle name up there? Holy fuck, right?

Now imagine your average Trump supporter … yep, it’s clicking now, ain’t it … evangelical, I think is the word for an American who loves Jesus soooooo much they’ll buy his commemorative dinner plates, his blinking eye posters, his hook rugs to hang on their wall beside their deer heads, his candles and toenails clippings and pieces of the true cross.

I mean, those fuckers are whacked! Grandma and Grandpa Racist on fire with the Lord! Not literally, of course, but you never can tell with those people.

So if Fred’s middle name was Christ, does that make Donald the Son of Christ? So that would make him the Son of the Son of God?

Ah hell no! This planet is NOT ready for another 2000 years of some asshole trying to bring the world to its knees to open wide and take his communion.

There is some hope, my friends … amen.

Despite Fred being given a middle name by parents who were obviously religious fanatics, hoping their sonny boy would turn good instead of evil (has anyone named Christ ever done anything good? Never name your kid after somebody’s god. High hopes and rabid narcissism may ensue), ole Fred didn’t give his kid a fucked up middle name.

Donny is a John in the middle.

(Which is another name for a purchaser of a sex worker’s amenities, yes?)