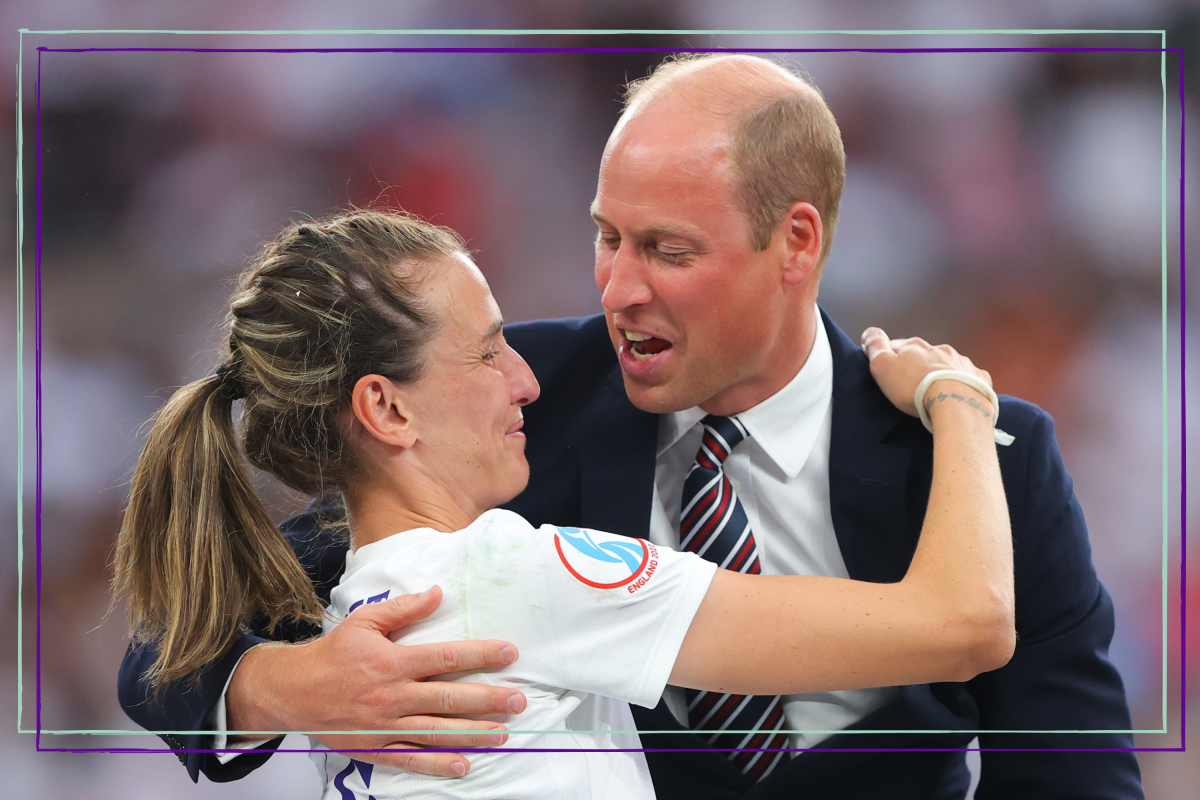 The Lionesses landmark win against Germany in the Women’s Euro final on Sunday 31st July is sure to make women in sport a more regular sight, but it also showed the start of a new, more modern royal family.

Prince William is a renowned football fan, and as president of the FA, it’s unsurprising that he attended the women’s Euro final last week, though there was disappointment among royal fans that the Prince did not bring Princess Charlotte (opens in new tab) to the event.

After watching the England Lionesses triumphant victory, which saw them beat Germany 2-1, 40-year-old William congratulated the players and handed out their medals on the pitch.

Throughout the tournament, The Duke of Cambridge, Princess Charlotte (opens in new tab) and The Queen (opens in new tab) all showed their support for the England team both in person and across social media. But at the final, William took this one step further and bypassed royal protocol, giving each of the players hugs as they made their way across the pitch.

The sight of a senior royal embracing members of the public is a rare sight, but according to a royal expert and former royal butler, it was a deliberate action.

In an interview with OK!, Grant Harrold opened up about William’s approachable yet respectable nature.

He said, “Historically, there was a rule with royals that you could look but you couldn’t touch. If you met a royal, you could look at them and if they offered you a handshake, you were to accept it.

“That was a lot to do with the mystique surrounding the family but also for security reasons, too,” he says.

Grant explains that William’s approach is representative of a more modern monarchy, meaning royal hugs are set become more common and handshakes will become a thing of the past.

“I think William and the other younger royals have realised that they can’t get away with being aloof,” he says.

“The Queen can get away with it because she’s the Queen and she’s from a different era, but the younger royals have been brought up very differently.”

While William’s mother, Princess Diana, passed away when he was just 15, Grant says that their close relationship has made gravitating towards physical contact a natural thing for William to do.

“Diana was a hugger and I think that this physical contact and hugging people has a lot to do with how William was raised.

“It won’t feel unnatural to William – if anything, it’d feel more uncomfortable if it was just a strict handshake. As well as this, seeing royals hug makes them relevant and modern.”

With William stepping up to take on more responsibility as a senior royal, including the Cambridge family’s impending move to Windsor (opens in new tab) and him and Kate Middleton attending more public engagements (opens in new tab), the breaking of royal protocol may be a way of allowing members of the public to see a glimpse of the “real” him.

“As he does more work and gets to grips with his role, he wants people to see the real him which is why we’ve seen a lot more affection recently,” says Grant. “He’s really eased into his role.”